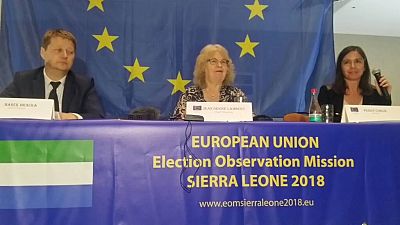 The European Union observer mission (EOM) in Sierra Leone has commended the National Electoral Commission (NEC) for consistently executing its duties professionally, even when political parties and state institutions provoked and potentially sabotaged its reputation.

Presenting its preliminary report in Freetown on Tuesday, the EU mission called out political parties for ‘publicly calling for peace but privately fuelling a divisive discourse and unwarranted attacks and demands on the NEC’.

‘‘The EOM evaluates that the NEC continued to perform its duties in a professional manner in the preparation of, and during, the run-off election at the time of issuing this Preliminary Statement.’‘

The EOM evaluates that the NEC continued to perform its duties in a professional manner in the preparation of, and during, the run-off election at the time of issuing this Preliminary Statement.

EOM noted that political parties alleged vote rigging in the first round, without providing any genuine evidence.

It added that the detention of electoral officials without charge by the country’s security forces and letters sent to NEC by the police chief and attorney general on the eve of the election, could be seen as interference in the constitutionally protected independence of the NEC.

EOM regretted that review of the high court ruling on electoral fraud alleged by a petition sponsored by the ruling party, was defered to a date after election day by the Supreme Court. The observer mission believes this leaves the electoral outcome open to legal challenges.

Overall, EOM believes the actions of political parties and state institutions gave the erroneous impression that there were fundamental problems with the NEC’s operations.

EOM also accused the political parties of not doing enough to prevent tribal rhetoric and intimidation by their supporters.

The final assessment of the elections will depend in part on the conduct of the remaining stages of the election process, in particular, the tabulation of results, and the handling of possible post-election day complaints and appeals.

Meanwhile, our correspondent in Sierra Leone, Eric Kawa, observed that beaches in Sierra Leone got a huge turn out during Easter Holidays amidst the current political atmosphere. 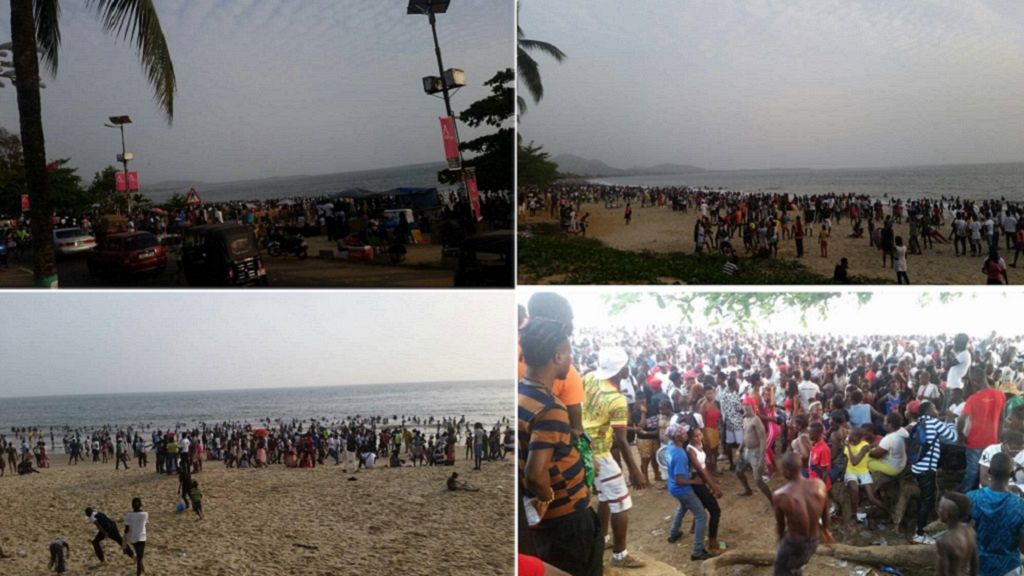 Traditionally, Sierra Leoneans visit beaches on public holidays as a way of celebrating festivities, and while many people anxiously await the announcement of results, it wasn’t enough to dampen the festive mood.

Samuel Lengor, a young Sierra Leonean at the beach says “I think some people are scared to come to the beach for security reasons but I personally believe violence mostly comes as a result of lack of awareness.”

With the country expecting a new president in days, Sierra Leoneans look forward to a leader that will build upon the already existing peace the country has enjoyed over the past decades and one that will improve the economy.