Gunmen kill one, wound others in central Mali hotel attack 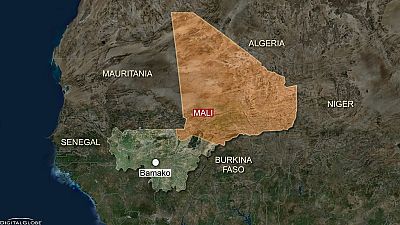 <p><strong>Unidentified gunmen killed one person and wounded at least two others late on Wednesday in an attack on a hotel in the central Mali town of Bandiagara regularly frequented by United Nations staff and humanitarian workers, witnesses said.</strong></p> <p>Just two days ago, Prime Minister Soumeylou Boubeye Maiga visited Bandiagara and gave a speech in which he promised to defeat the Islamist insurgents who have plunged Mali’s central and northern regions into chaos.</p> <p>Five men approached the entrance to Bandiagara’s Hotel la Falaise on foot at around 9.30 p.m. (2130 <span class="caps">GMT</span>), removed rifles from beneath their flowing traditional robes and opened fire, several witnesses said.</p> <p>“They were walking calmly and seemed normal,” said Bocar Karambe, a driver who was across the street from the hotel when the attack began.</p> <p>“Once they arrived in front of the gate, we heard the gunfire. When I turned around I saw they were shooting point blank at the people in front of the hotel,” he said.</p> <p>At least three people, a soldier guarding the entrance and two hotel workers, were struck by bullets. The soldier later succumbed to his injuries, Karambe and a second witness said.</p> <p>One attacker was also killed.</p> <p>“I saw the body of one of the attackers lying on the ground. He had been shot by that same soldier before he was himself gunned down by the other assailants,” said Barema Kassogue, who sells antiques near the hotel.</p> <p>The Hotel la Falaise was once popular with tourists visiting the Dogon people, who inhabit the cliffs of Mali’s central plateau.</p> <p>However, the area’s tourism industry dried up after Islamist groups, some with links to al Qaeda, seized Mali’s desert north in 2012. They were driven back by a French-led military intervention a year later, but attacks remain frequent.</p> <p>The hotel now mainly caters to humanitarian aid workers responding to the consequences of the violence.</p> <p>Prime Minister Maiga and eight of his ministers began a nine-stop national tour last week aimed at shoring up support for the government of President Ibrahim Boubacar Keita ahead of national elections planned for July 29.</p> <p>The trip included stops in several areas senior government officials rarely visit because of security concerns.</p> <p>Central Mali’s once peaceful Mopti region, which includes Bandiagara, has become a new flashpoint for violence over the past year as marginalised Fulani herdsmen have joined forces with al Qaeda-allied Islamists based farther north.</p> <p><strong><em><span class="caps">REUTERS</span></em></strong></p>