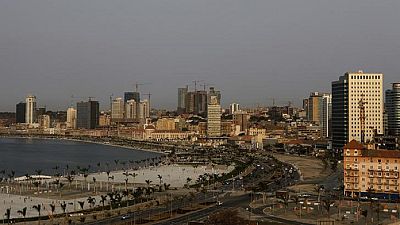 The son of Angola’s ex-president, José Filomeno dos Santos, has been charged with fraud relating to a $500 million transaction out of an account belonging to the central bank, the prosecutor general’s office said on Monday.

British authorities that froze the $500 million in the UK due to suspicions over the transaction have said the money can be returned to Angola.

Dos Santos, the former head of Angola’s $5 billion sovereign wealth fund, could not immediately be reached for comment.

The former governor of the central bank, Valter Filipe da Silva, has also been charged with fraud in relation to the case, prosecutors said in comments transmitted by state radio.

Dos Santos’ passport has been seized and he is forbidden from leaving the country.

Prosecutors said that the alleged fraud does not fall under any of Angola’s amnesty’s for financial wrongdoing or repatriation of overseas funds and the crime would not be pardoned.

“A pardon will not work… this case will run to its final outcome,” vice prosecutor and head of the National Directorate for Criminal Investigations Luis Benza Zanga said.

The government of President Jaoa Lourenco has promised economic reform and a spirited fight against corruption and nepotism.

She has also since been the subject of investigations by the new management at the state parastatal, over transactions made while she was still in charge.

In January this year, the president went ahead to sack José Filomeno Dos Santos, as the head of the country’s sovereign wealth fund.

The former president who is still chairman of the ruling People’s Movement for the Liberation of Angola (MPLA) party has previously said Lourenco has his and the party’s blessings as he carries out reforms.

He has also told the party to prepare for new leadership to take over the reigns of the party in 2019 when he will step down from his position as chairman.