Sudan says its not supporting an Eritrean opposition group 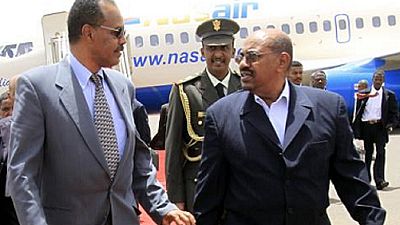 Sudan has reacted to allegations by the Eritrean government that it was providing support to a radical opposition group led by Eritrean Islamist Mohammed Jumma.

The Suddanese foreign ministry described the accusations made on Friday by the Eritrean information ministry as “fabricated and unfounded claims”.

The statement by the Eritrean information ministry had asserted that Sudan and Qatar have established a military training camp for Jummah’s group.

The Ministry of Foreign Affairs reaffirms the commitment of the Government of Sudan to pursue a policy of good neighbourliness and non-interference in internal affairs in its relations with neighbouring countries and brotherly and friendly States.

‘‘In early February, the followers of the radical Islamic Cleric, Mohammed Jumma, opened an office, under extreme secrecy, in a secluded area to organize political and military activities as well as to train their members,’‘ read part of the statement.

‘‘Funding of their activities is provided by the Embassy of Qatar in Khartoum. Training and other logistical functions are managed by the Sudanese Security and Intelligence Service.’‘

Asmara also claimed that Doha provided Sudan with three Mig fighters and funding a joined Sudanese Ethiopian force deployed in Kassala, along the border with Sudan.

“The Ministry of Foreign Affairs confirms that the allegations made by the Eritrean Ministry of Information are baseless, and reminds that Kassala is open to all, including the foreign diplomatic missions accredited to Sudan,” said a statement issued by the foreign ministry spokesperson Gafar Sumi Tutu.

While Eritrea wondered why the Qataris would involve themselves in ‘such senseless intricacies’, the Sudanese government reassured their neighbours that they are committed to a policy of ‘non-interference in internal affairs’.

“The Ministry of Foreign Affairs reaffirms the commitment of the Government of Sudan to pursue a policy of good neighbourliness and non-interference in internal affairs in its relations with neighbouring countries and brotherly and friendly States,” Tutu further stressed.

Asmara has in the past accused Doha of supporting and advertising Jumma’s activities through Al-Jazeera TV.

However, this is the first time that the country has jointly accused Sudan and Qatar of working together to undermine the regime of President Isaias Afewerki.

The politics in the Horn of Africa is often tense, as neighbours accuse each other of perceived alliances working to oust governments or against a particular country’s interests.

In the past, Sudan has complained about the close relationship between Egypt and Eritrea, accusing them of backing opposition groups against the Kharthoum government.

The internationally isolated government in Asmara has also expressed discontent about perceived close ties between Sudan and its geopolitical rival Ethiopia, even as Khartoum blames Eritrea for refusing its repeated efforts to mediate the conflict and create a regional cooperation area.

“The Ministry reaffirms that Sudan will continue to be an active player in the efforts to achieve security and stability in the region, with the testimony of its neighbours, the United Nations, international and regional partners”.

Eritrea achieved independence from Ethiopia in 1993 after decades of armed struggle. In 1998, the two neighbouring countries fought a two-year long war over their disputed border which claimed the lives of at least 70,000.