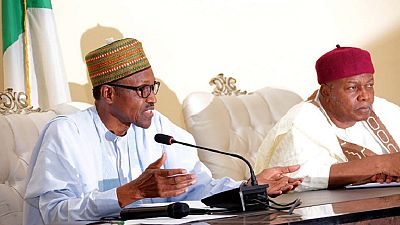 <p><strong>Nigeria’s president Muhammadu Buhari has explained that his country can’t agree to anything that will undermine local manufacturers and entrepreneurs, referring to his last minute withdrawal from the recently signed Africa Continental Free Trade Area (AfCFTA).</strong></p> <p>Buhari who has since set up a presidential committee to take two weeks widening consultations on AfCFTA, believes that the economic and security implications of Nigeria signing the deal must be further discussed.</p> <p>‘‘We will not agree to anything that will undermine local manufacturers and entrepreneurs, or that may lead to Nigeria becoming a dumping ground for finished goods,’‘ Buhari explained.</p> <p>Indeed, 3,000 Nigerian manufacturers under their umbrella body, Manufacturers Association of Nigeria (<span class="caps">MAN</span>) praised the government for backing out, saying the deal would lead to gross unemployment at home as most local companies would die “a quicker death’‘.</p> <p>The $3 trillion continental free-trade zone encompassing 1.2 billion people, was accepted by 44 countries on Wednesday, but Nigeria and South Africa, Africa’s biggest economies, did not sign up, diminishing its impact.</p> <p>South African President Cyril Ramaphosa said Pretoria would sign up once domestic legal requirements had been satisfied.</p> <h3>Kagame calls the summit ‘a success’</h3> <p>The African Union started talks in 2015 to establish a 55-nation bloc that would be the biggest in the world by member states, in a bid to increase intra-regional trade, which sits at a measly 15 percent of Africa’s total commerce.</p> <p>Rwandan president Paul Kagame, host of an AU summit called to conclude the initial negotiations, declared the meeting a success after 44 African nations signed up to establish the free trade bloc within 18 months.</p> <p>Others staying out of the bloc were Botswana, Lesotho, Namibia, Zambia, Burundi, Eritrea, Benin, Sierra Leone and Guinea Bissau.</p> <p>“It would have been great if the two biggest economies on the continent, Nigeria and South Africa, had signed, but the most important is that the rest of the continent is sending a right message to these two biggest economies that we are moving ahead without you,” said Michael Kottoh, an analyst at Confidential Strategies in Ghana.</p> <p>The project needed a minimum of 22 countries signing up to get off the ground and Kagame hailed the effort so far.</p>

We will not agree to anything that will undermine local manufacturers and entrepreneurs, or that may lead to Nigeria becoming a dumping ground for finished goods. 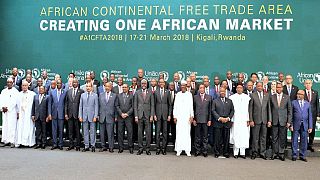 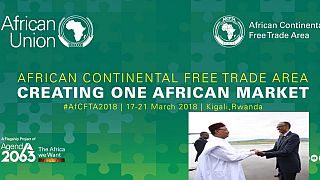