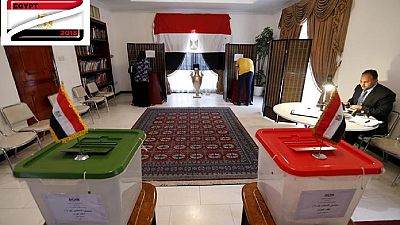 <p><strong>In less than 72 hours, Egyptians will head to the polls to vote for president in a race pitting the incumbent Abdel Fattah el Sisi against El Ghad party chairperson, Moussa Mostafa Moussa.</strong></p> <p>The official electoral campaigns by the candidates will close on Saturday 24 March as per the timelines shared by the National Elections Authority (<span class="caps">NEA</span>).</p> <p>The <span class="caps">NEA</span> which is organising the presidential elections for the first time in Egypt, having taken over from the Presidential Elections Committee (<span class="caps">PEC</span>) in 2017, will supervising the voting, tallying and results announcement processes.</p> <p>The voting process in Egypt is not very different from that in many African countries and indeed in democracies across the world.</p> <h3>It can be summarised as follows:</h3> <ul> <li>Voting shall be conducted for three days from March 26 to March 28 between 9 am and 9pm (local time).</li> </ul> <ul> <li>Egyptians who are outside the country have the right to cast their vote and already did so between March 16 and March 18.</li> </ul> <ul> <li>All things being equal, on arrival at a polling station a person is expected to present their National ID card to an official.</li> </ul> <ul> <li>Egyptians in the diaspora were also able to use their National Passports to vote.</li> </ul> <ul> <li>If details of the ID card correspond to what is in the register, a voter is handed a presidential ballot paper.</li> </ul> <ul> <li>The voter goes into a booth to secretly cast their ballots and put in the ballot box.</li> </ul> <ul> <li>The voter shall then sign or stamp her/his thump against her/his name on the voters’ list, and shall immerse her/his finger into the indelible ink that is not removable before no less than 48 hours.</li> </ul> <ul> <li>Polls will be opened over an twelve-hour period, from 9am till 9pm. Counting and declaration of results at polling stations will be done immediately after.</li> </ul> <h3>Other facts about the process</h3> <ul> <li>The voter eligibility age is 18 years and above.</li> </ul> <ul> <li>A presidential aspirant need 51% of votes cast to win a first round vote. If no candidate makes the mark, a runoff vote is scheduled.</li> </ul> <h3> <a href="https://www.elections.eg/images/pdfs/laws/preselect-22_2014_en.pdf" target="_blank">Find more details on the voting process on the <span class="caps">NEA</span> website</a></h3> <iframe src="//embed.scribblelive.com/Embed/v7.aspx?Id= 2757960&ThemeId=2757960" width="100%" height="1200" frameborder="0"></iframe>