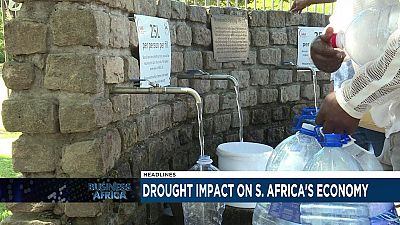 An historic drought in South Africa’s second largest city has put its vines at risk and now threatens to jeopardize its entire activity.
The drought afflicting the province is expected to cut agricultural output in general by 20 percent in 2018, decimating the wheat crop and reducing apple, grape and pear exports to Europe, according to national government.

Ghana’s economy tops all in Africa for 2018

This year, Ghana will become the continent’s fastest-growing economy for the first time in thirty years, taking over from Ethiopia and Côte d’Ivoire.

The country’s economic growth would increase to 8% this year, world institutions estimate.
The performance is not just attributed to the vibrant production sector nor the gradual rise in oil prices but the growth is mainly hinged to the disciplined fiscal policy undertaken by the government.