Ethiopia intercepts over 20,000 arms, working to return refugees in Kenya 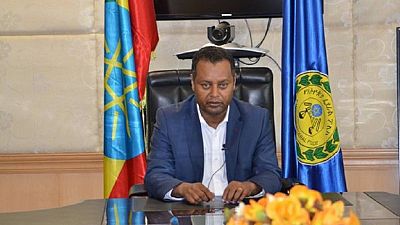 Ethiopians who fled the town of Moyale in the wake of a botched military operation that killed nine citizens will be repatriated soon, the country’s police chief confirmed last Friday.

At the time of Assefa Abyou’s press conference, over 9,600 asylum seekers had fled the border town of Moyale into Kenya according to Kenyan media reports.

The federal police chief according to the state-affiliated FBC said government was “undertaking various activities to bring them back home.”

Government admitted that a military operation carried out on false information had led to an attack that killed civilians and wounded about a dozen others.

A military team ostensibly dispatched to intercept a banned armed group – the Oromo Liberation Front (OLF) members ended up acting on wrong intelligence leading to the incident. Activists, however, held that it was a deliberate government effort to sow insecurity.

The Command Post administering the February 16 State of Emergency (SOE) early last week dispatched a team to Moyale to ascertain the facts on the ground, that team has yet to give updates on its task.

According to Abyou, the Command Post with the support of the public had intercepted about 20,000 ammunitions stressing that they were taking measures to protect public safety especially in the light of anti-peace elements seeking to sow chaos using social media.

Without giving figures, he also said more than half of persons detained by the Command Post had so far been released.