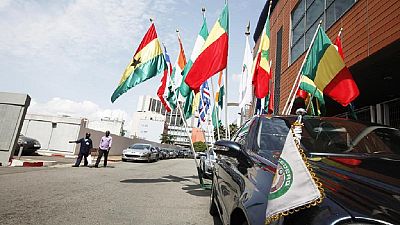 The new headquarters for the Economic Community of West African States (ECOWAS) will be built by China, the group confirmed in a press statement on Wednesday March 14, 2018.

The political bloc and China have signed a Memorandum of Understanding (MOU) for the project that is expected to cost $31.6 million.

The idea of a new headquarters was initiated in 2012 but action on the said project takes immediate effect from the date of the signing of the deal.

The project is expected to cater for a facility comprising offices and conference complex building, as well as road facilities, electrical equipment, parking lots and security posts within the proposed site of the project.

ECOWAS currently operates from three different building in Nigeria’s administrative capital, Abuja. According to the President of the ECOWAS Commission that situation was necessitated by the increasing numbers of staff.

“An ECOWAS designated authority and the China Development Bank Corporation will work together to verify records of account payments at regular intervals,” the statement further clarified.

The development emphasizes China’s political and diplomatic investment in Africa. They built the African Union (A.U.) headquarters in the Ethiopian capital, Addis Ababa. They are also building a new parliament for Congo Republic and rebuilding the burnt premises in Gabon.

China was accused in a French newspaper report of spying on the A.U. building. The report by Le Monde said China had installed hidden microphones in the building and were transferring sensitive information at odd times of the day.

The A.U. and China jointly rubbished the report with China describing it as preposterous and meant to damage relations between the two partners.