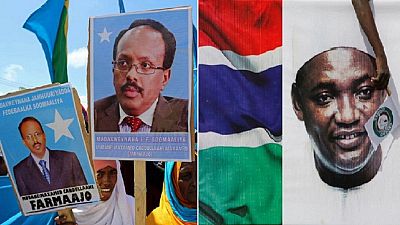 <p>The Gambia and Somalia were up for praise during a recent address to the Human Rights Council delivered by the United Nation’s High Commissioner for Human Rights, Zei Ra’ad Al Hussein.</p> <p>In his March 7, 2018 address, Hussein bemoaned how over a dozen Africa countries were flagrantly violating rights of citizens – be it the media, opposition groups, activists etc. </p> <p>He however reserved praise for The Gambia in the wake of a freeze on death penalty and Somalia for government’s efforts to protect rights of citizens.</p> <p>“I commend The Gambia for its announcement of a moratorium on the death penalty last month. </p> <p>“In Somalia, I welcome a number of positive developments, including the establishment of a national human rights commission with a diverse composition, and I encourage the Government to continue its efforts to build institutions and bring peace,” he said.</p> <p>The Gambia till January 2017 was under the rule of Yahya Jammeh who seized power in 1994 and remained in charge till he lost polls in December 2016. An attempt to nullify the results was met with heavy diplomatic and security pressure from the regional bloc, <span class="caps">ECOWAS</span>.</p> <p>Jammeh subsequently flew into exile and has since been living in Equatorial Guinea. Barrow came to power on the back of guaranteeing rights and revamping the flailing economy. His government has since announced a moratorium on the death penalty and promised wider freedoms for the media and opposition parties.</p> <p>Over in Somalia, the government of Mohammed Abdullahi Farmaajo continues efforts in the area of deepening human rights in the face of terror threats by insurgent group, Al Shabaab.</p> <p>Journalists in the country have often protested the arrest of their colleagues. Government agents have often picked up journalists citing security breach in the course of their work.</p>