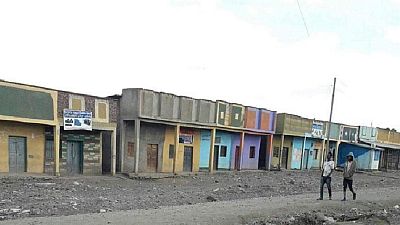 The United States Embassy in Ethiopia on Tuesday issued a security alert following reports of unrest and disruption of transport to and from the capital Addis Ababa.

The country-wide alert read in part: “Reports of civil unrest.  Road closures in affected areas could disrupt transportation links to and from Addis Ababa and the availability of goods and services within the capital.

“The U.S. Embassy continues to restrict travel for Embassy personnel to areas outside of Addis Ababa,” it added.

Today (March 7, 2018) is the final day of a social shutdown in the Oromia region, Ethiopia’s largest. The three-day measure was called by activists and youth to protest a current state of emergency (SOE) imposed on February 16.

The SOE was announced a day after the resignation of PM Hailemariam Desalegn. The U.S. Embassy in a statement shortly after the declaration said it ‘strongly disagreed’ with the decision of the Council of Ministers.

The measure was ratified at a special sitting of the parliament on March 3. The process was however marred as the speaker announced figures that suggested that the vote had failed. Speaker Abadula Gemeda later apologized for the error.

The U.S. Secretary of State, Rex Tillerson, is meanwhile expected in Ethiopia later today as he kicks off an African tour that will see him visit Kenya, Chad, Nigeria and Djibouti.