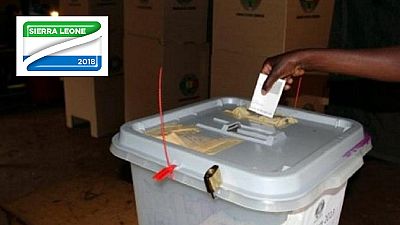 Sierra Leone is aiming to consolidate its democratic credentials and that of the West Africa sub region when they go to the polls on Wednesday February 7 to elect a set of political representatives.

As a general election, the process comprises, the presidential, legislative, the mayoral and local level officials.

The most keenly contested vote, however, is the presidential poll that has sixteen aspirants running (14 men and two women). The main contenders are the ruling APC party’s Samura Kamara and the main opposition SLPP’s Julius Maada Bio.

The voting process is very much like it is across Africa and parts of the world. Prospective voters will have to be on the voter roll and to present their voter identification documents or any acceptable IDs to be allowed to vote.

The process can be summarized as follows:

1. All things being equal, on arrival at a polling station a person is expected to present their voter ID to an official.

2. The National Electoral Commission chief is on record to have said aside the voters ID card, other valid national ID cards could be presented so far as a person is registered.

3. If details correspond to what is in the register, a voter is handed a presidential ballot paper. The voter goes into a booth to secretly cast their ballots and put in a transparent box. They will go through the same motion for legislative vote.

4. The means of casting vote is by thumb print, using a pen to mark by ones candidate or just ticking their box.

5. NEC has also confirmed that there is the braille option for the visually impaired and all voting centers are disability friendly.

6. Polls will be opened over an eleven-hour period, from 7am till 5pm. Counting and declaration of results will be done immediately after.