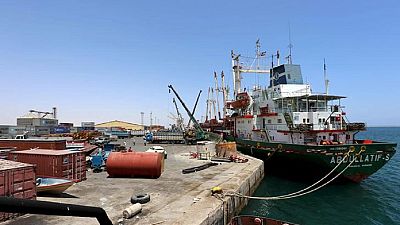 In a statement declaring the agreement ‘null and void’, government said the agreement violated the unity of Somalia and the constitution.

CONFIRMED: The Somali govt has rejected yesterday’s agreement signed between UAE’s DP World, Somaliland and Ethiopia, and declared it “null and void”. Govt says agreement is contrary to the unity of Somalia and is in violation of the Somali constitution: statement pic.twitter.com/uxZuZvGOw6

Earlier, Ethiopian media had reported the acquisition of a 19% stake in the Port of Berbera, saying an agreement was reached with the Somaliland Port Authority and DP World.

According to the agreement, DP World is the major shareholder with 51% while Somaliland takes the remaining 30%.

The port of Berbera is located in Somaliland which is internationally recognised as an autonomous state of Somalia.

Ethiopia, which has no coastline, plans to invest in infrastructure to develop the Berbera Corridor as a trade gateway.

When news of the agreement was received on Thursday, the prime minister of Somalia, Hassan Ali was in the UAE and many wondered whether the government of Somalia could have endorsed the deal.

But when Ali returned from the UAE, he told journalists that the Somali government was neither consulted nor involved in the Berbera Port Agreement.

He added that while the government welcomes foreign investment, all those seeking to acquire ports and similar resources must deal with the federal government.

Somaliland’s minister of information, Abdirahman Guri – Barwaqo responded to the premier’s rejection insisting that Somaliland has the right to enter agreements.