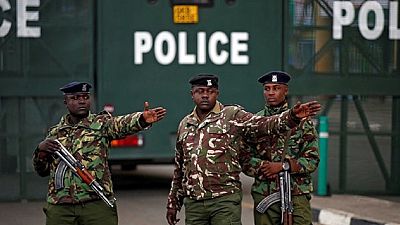 Somalia’s al Shabaab group killed five police officers early on Friday in northeast Kenya, in an area where the Islamist militants have in the past attacked military and civilian targets, a senior official said.

“Four police officers and a reservist have died in the attack,” said Eric Oronyi, deputy commissioner for Lafey sub-county in Mandera county. He said three other officers were wounded and one was in serious condition.

“This is al Shabaab who carried out the attack because we are near the Kenya-Somalia border.”

This is al Shabaab who carried out the attack because we are near the Kenya-Somalia border.

Al Shabaab are fighting to topple Somalia’s Western-backed central government and establish their own rule based on their strict interpretation of Islamic law.

The group also conducts frequent assaults in Kenya, mostly in the region bordering Somalia, to put pressure on the Kenyan government to withdraw its troops from Somalia.

Kenya is part of the African Union peacekeeping force AMISOM, which is defending Somalia’s government against al Shabaab.

AMISOM contributing countries including Uganda, Brundi, Djibouti and Ethiopia are currently meting in Kampala to assess the peacekeeping operations in Somalia.