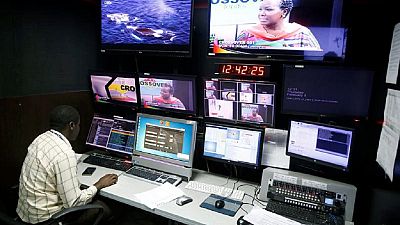 State-owned Cameroon Radio Televison (CRTV) in the restive South West region has reported of security threats from persons believed to be separatists.

According to a letter written by CRTV regional station manager, workers needed reinforced security especially in the wake of a threatening call to an official at Mt. Cameroon FM.

The letter addressed to the Governor of the region said an anonymous person believed to be a member of the separatists group was behind the call. Titled “Telephone Threats from Ambazonia elements,” the letter dated February 26, 2018; read as follows:

His message was frightful; that they were coming to Buea to kidnap, the Divisional Officer for Buea, the Governor and take over CRTV.

“I wish to draw your attention to the fact that an unidentified person called my collaborator Mme Charline Flore Demgne, Chief of Service for Programmes and Information at Mt. Cameroom FM on Monday, February 26, 2018 at 7am.

“His message was frightful; that they were coming to Buea to kidnap, the Divisional Officer for Buea, the Governor and take over CRTV.

“I, therefore appeal to you to reinforce security at CRTV South West and put the whole city on alert,” it concluded.

Separatists under the banner the so-called Ambazonia Republic have abducted two government officials in February 2018. First a divisional commander and more recently an administrative official in the North West region also affected by what is referred to as the Anglophone crisis.

The kidnapping is a new trend in the activities of the armed wing of the separatists – the Ambazonia Defense Force (ADF). They have in the past months used guerilla style attacks on security forces killing over twenty officers at last count.

Government insists that there is durable peace in the two regions despite deadly attacks on the security forces. Curfews have been slapped on the two regions in the wake of the attacks. There has also been reports of military reprisals on locals.

Thousands of Cameroonians have fled into neighbouring Nigeria to escape the reported attacks. The United Nations refugee agency has said the numbers fleeing the crisis continues to grow. The government has been tasked to pursue dialogue but no concrete steps have so far been undertaken.