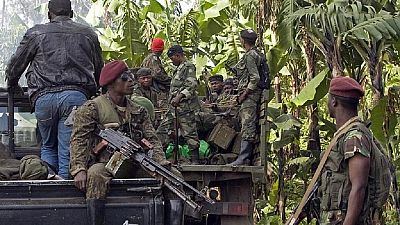 At least six people were killed in an overnight attack on Kagabi in the Kabare territory of South Kivu province, with a possibility of the death toll reaching 10.

According to the information received by Africanews correspondent in the region, the attack started at about 8pm in this village not far from the town of Bukavu.

Sources told Africanews that the attack started at a small market located near a Catholic church in the area.

The attackers reportedly raided a coffee shop and demanded money from the patrons there. Those who resisted were slaughtered including a police officer who tried to intervene.

The assailants then went to the church where they killed a parish priest.

The attack comes at a time when the city of Bukavu is experiencing a precarious calm after weeks of attacks by armed men who killed and wounded many.

This calm in Bukavu came after the effective operation “Tujikinge” launched by the governor of South Kivu to fight insecurity in the province.

Analysts fear that criminals being hunted down in the city may turn to peaceful citizens in the province’s various villages.