The International Olympic Committee (IOC) crashed Russian athletes’ hopes of marching behind their national flag at the Winter Games on Sunday and decided against immediately lifting Russia’s Olympic suspension after fresh doping violations.

The IOC said two Russian doping violations during the Pyeongchang Games had marred an otherwise clean report card for the Russian delegation at the Games.

IOC President Thomas Bach said Russia’s Olympic status would be restored automatically if it stuck by the rules.

“This sanction (then) can be lifted if the OAR delegation is continuing to be compliant with the IOC decision of December 5; and if no new doping cases are reported by the DFSU – the entity which is dealing with these issues here on the occasion of the Games. The sanction does not need any further decision if this is the case that there are no positive results then the sanction is considered to be lifted,” said Bach.

Russia’s Olympic delegation chief and its figure skating silver medallist, Evgenia Medvedeva, made a last appeal to the IOC on Saturday, February 24 for their suspension to be lifted, apologising for the two doping violations during the Games.

The Winter Games concluded on Sunday and final drug testing results might not be known for several days or even weeks.

Russians have been competing as neutral athletes at the Games, their Olympic status suspended, as a punishment for years of drug scandals. 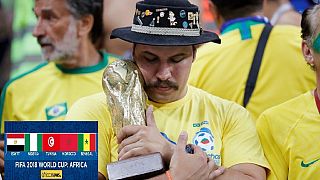