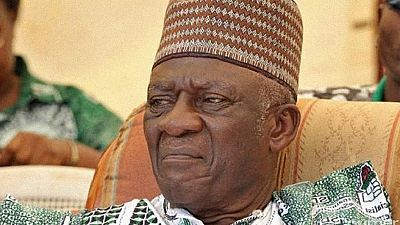 In a letter to addressed to President Paul Biya, the SDF leader denounced what he termed “atrocities” committed in the English-speaking areas of Cameroon by government forces.

“I must draw your attention to the daily atrocities in this part of our country (English-speaking areas),” Fru Ndi wrote in the letter. “Every day that passes, an innocent Cameroonian dies, a woman loses her husband,” he lamented.

Every day that passes, an innocent Cameroonian dies, a woman loses her husband.

The veteran opposition chief said he was also worried about “the rise of hate speech (between English-speaking and French-speaking Cameroonians)” which in his view “brings us closer and closer to a civil war”.

Since the outbreak of the so-called “Anglophone crisis in 2016”, many civilians and soldiers have been killed, but access to the affected areas remains difficult, making it difficult to access information on the spot.

The 77-year-old who says he is an Anglophone but against secession from Cameroon, has repeatedly blamed incumbent Biya for the crisis and the deterioration of the security situation in English-speaking Cameroon.

The government insists that the regions remain safe and secure despite guerilla style attacks that have claimed the lives of over twenty security officials.

The measure is seen as a clear plan to deal with the raging Anglophone crisis that has rocked the country since October 2017. Separatists in the region continue to engage in deadly clashes with security agents.#Bamenda #Cameroon https://t.co/F56LdHhpO4