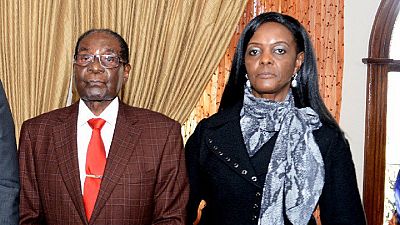 Former Zimbabwean First Lady Grace Mugabe’s photo has popped up for the first time since the overthrow of her husband in November 2017.

The Mugabes met with the African Union Commission chief, Moussa Faki Mahamat, when he arrived in the country on an official visit on Monday.

In a photo shared by the AUC chair, Grace and Faki Mahamat sandwiched the 94-year-old Mugabe who led Zimbabwe for the past 37 years. Mugabe celebrates his 94th birthday on February 21, 2018. The day has been declared a national holiday.

In Harare for my first visit following the peaceful transition of power. Zimbabwe is indeed open for business! 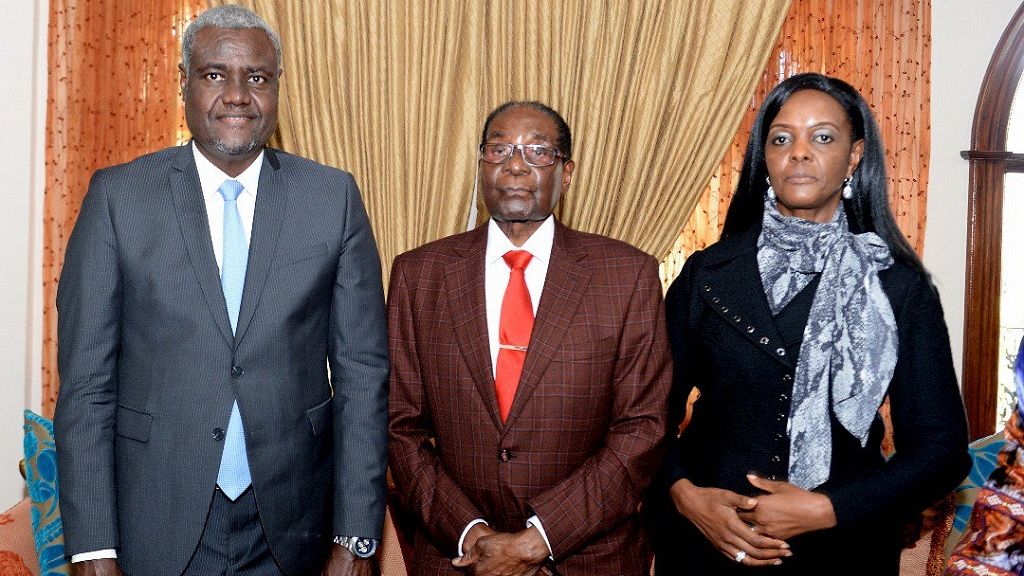 “In Harare for my first visit following the peaceful transition of power. Zimbabwe is indeed open for business!” Mahamat said in a tweet.

“Met with President Emmerson Mnangagwa and it was an honour to also pay a visit to former President Robert Mugabe. With thanks to foreign minister SB Moyo,” his tweet added. Incidentally Moyo was the army chief who announced the takeover of government leading to Mugabe’s ouster. 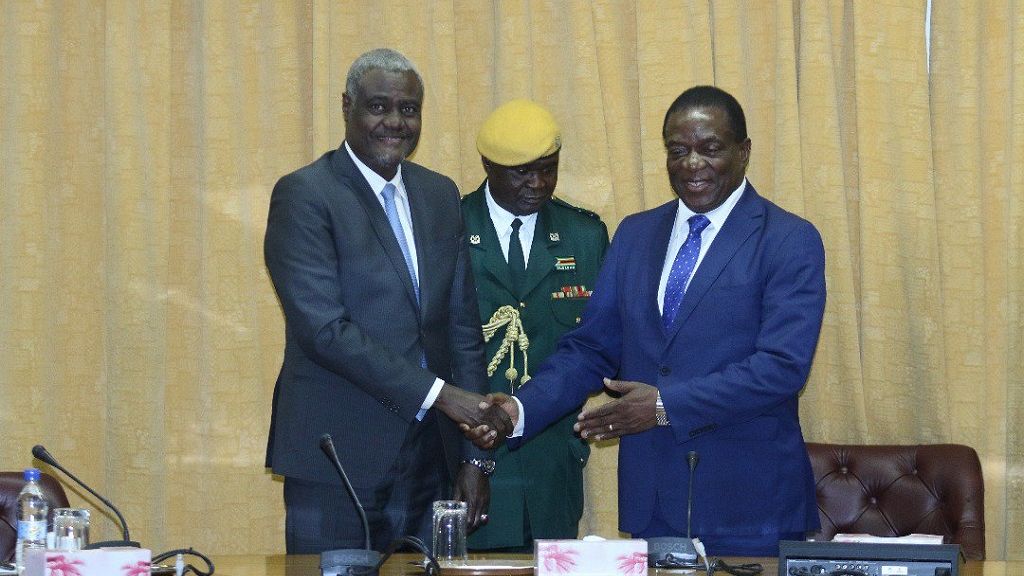 Delighted to sign an agreement today in Harare that confirms the African Capacity Building Foundation as a specialised agency of the _AfricanUnion. The ACBF_Official aims to build African capacity through knowledge generation including for the Youth in Science and Technology pic.twitter.com/qPQZU5lFap

last time Mugabe was pictured in public was in Singapore

Zimbabwe's former president Robert Mugabe visits a Singapore hospital for medical check-up, the first time he has been seen in public since being ousted from power last month https://t.co/0swuTzlm0l pic.twitter.com/GQtxUSAZZ3