While others want the works of predecessors duly recognised, other members demanded prudent spending by government.

“Parliament must put an end to unnecessary, wasteful and redundant spending by ministries and government entities.” A total of 127.979 billion rand of irregular spending was discovered by the audit between 2013/2014 and 2016/2017 This wasted money by negligent and corrupt government officials could have been used to finance free higher education for the poor,” Jackson Mthembu, Chief Whip of the ANC said.

Parliament must put an end to unnecessary, unnecessary and redundant spending by ministries and government entities.

Leader of the Democratic Alliance , Mmusi Maimane, the support given by key institutions should be duly recognized by President Ramaphosa.

“Mr. President, if you want to repair the damage caused by the capture of the state, we must recognize those who brought us there. It will be easy to attribute the crisis to the evil work of one man in cooperation with foreign benefactors, but the truth is much more difficult.The capture of the state would not have occurred without the support of the policy of the ANC of executives deployment – and sending people into public companies “,Maimane said.

For leader of the Economic Freedom Fighters, Julius Malema,South Africans deserve a thumbs up for defeating the old regime.

“We thank the South African media, the NGOs and all the opposition parties and the South African people for defeating the monster created by the ruling party, and we say that the unity we have shown in those moments The hardships we have gone through over the past nine years have once again demonstrated that when people are united, even the mighty can not defeat them “, Julius Malema, head of EFF said.

Reports say,President Ramaphosa is expected to respond to the debate and questions over his first State of the Nation Address.But no date has been announced yet. 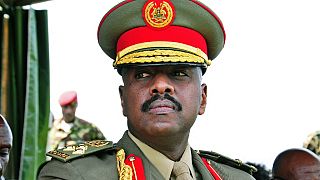