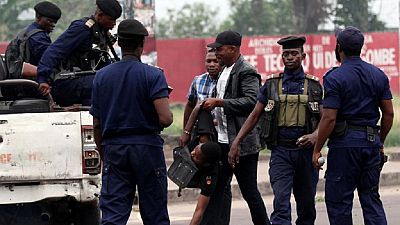 The United States issued sanctions on Monday targeting four military and militia leaders in the Democratic Republic of Congo for engaging in “destabilizing activity” that has prolonged the conflict in that country, the U.S. Treasury Department said.

Those sanctioned included Muhindo Akili Mundos, a general in the armed forces accused of a brutal crackdown on civilians in his sector. Senior rebels from three different militant groups also were sanctioned: Gedeon Kyungu Mutanga, Guidon Shimiray Mwissa and Lucien Nzabamwita, the Treasury said in a statement.

The U.S. action came days after the U.N. Security Council blacklisted the men for “planning, directing, or committing acts in the DRC that constitute human rights violations or abuses or violations of international humanitarian law.”