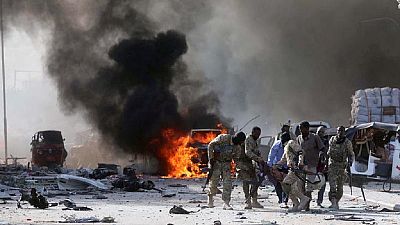 <p>A court in the Somalia capital Mogadishu has sentenced a man to death for his role in the suicide bomb attacks in October 2017.</p> <p>The attacks killed over 500 people according to official records. It has been tagged the deadliest attack in a country that is beset by onslaughts from Al-Shabaab insurgents.</p> <p>The convict, Hassan Aden Isak, according to the court was driving a truck intended to be used in a second bombing on the day.</p> <blockquote class="twitter-tweet" data-lang="en"><p lang="en" dir="ltr">A military court in Somalia has sentenced a man to death for involvement in country’s deadliest bombing last October. The truck bomb killed at least 500 people in the capital Mogadishu. No group claimed to responsibility for the attack, but the govt believes it was al-Shabab.</p>— Rachael Akidi (@rakidi) <a href="https://twitter.com/rakidi/status/960787812294545408?ref_src=twsrc%5Etfw">February 6, 2018</a></blockquote> <script async src="https://platform.twitter.com/widgets.js" charset="utf-8"></script> <p>A second person was also handed a similar sentence for his role in the incident. The court sentenced Ibrahim Hassan Absuge in absentia. He is believed to have brought the truck that subsequently detonated.</p> <p>“Absuge was also owner of a second truck that was detonated at a vegetable market in Mogadishu’s Waberi district on Nov. 26, 2016 that killed 20,” a Voice of America journalist Harun Maruf added.</p> <blockquote class="twitter-tweet" data-lang="en"><p lang="en" dir="ltr">Somalia terror attack: Toronto, Paris in show of solidarity with Mogadishu – africanews <a href="https://t.co/TZJOekEwic">https://t.co/TZJOekEwic</a> <a href="https://twitter.com/hashtag/Somalia?src=hash&ref_src=twsrc%5Etfw">#Somalia</a> <a href="https://t.co/v7TKd3dSeG">pic.twitter.com/v7TKd3dSeG</a></p>— Omar Hassan (@omabha) <a href="https://twitter.com/omabha/status/920066089354067968?ref_src=twsrc%5Etfw">October 16, 2017</a></blockquote> <script async src="https://platform.twitter.com/widgets.js" charset="utf-8"></script> <p>The attack drew global condemnation and upped the tempo on the need to defeat terrorism in the Horn of Africa region. President Farmajo visited neighbouring Ethiopia, Uganda and Djibouti to solicit support in the fight against terrorism.</p> <p>The Horn of Africa region is generally considered a volatile region. The armed conflict in South Sudan, Al-Shabaab’s attacks of Somalia and Kenya, Ethiopia’s internal security concerns and border issues with Eritrea are among some of the security headaches in the region.</p> 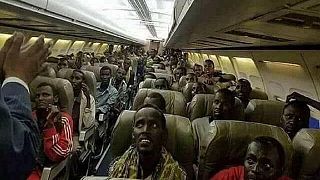 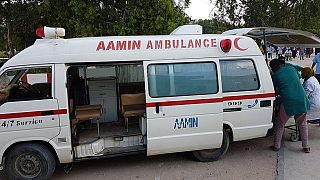 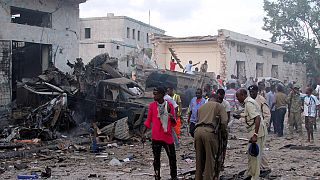