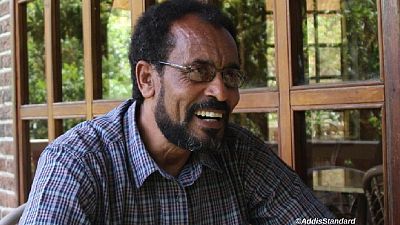 <p>A United States Congressman, Representative Eliot Engel, has reacted to the six-month sentence handed to top Ethiopian opposition member Bekele Gerba. Gerba and four others were sentenced for contempt of court, specifically for refusing to stand when addressed by a judge.</p> <p>According to Engel, a Ranking Member of the House Committee on Foreign Affairs, the Addis Ababa High Court’s move was ‘deeply troubling’ within the context of Ethiopia’s recent political reform agenda.</p> <p>He also cited the reported ill health suffered by the Oromo Federalist Congress (<span class="caps">OFC</span>) secretary who has been detained since 2015 over charges of inciting violence in the country. His statement of February 5, 2018 read as follows:</p> <p>“Despite the recent release of thousands of political prisoners, the decision by an Ethiopian court to sentence Bekele Gerba to an additional six months in jail for contempt is deeply troubling. </p> <p>“Mr. Gerba, the secretary general of the opposition Oromo Federalist Congress, has allegedly been in in poor health since his December 2015 detention, which was part of the crackdown on anti-government protests in the Oromo and Amhara regions. Mr. Gerba has also been designated by the Tom Lantos Human Rights Commission as a prisoner of conscience.</p> <p>“Protecting human rights defenders like Mr. Gerba should be at the forefront of U.S. engagement with Ethiopia, which is why I was proud to co-sponsor a resolution in the House expressing support for human rights and inclusive government in Ethiopia.”</p> <p>Last month, the court had also sentenced him for a similar period after Bekele and other opposition party members sang a protest song during the trial. A separate verdict on his incitement charge is expected on March 7.</p> <p>Hundreds died in the violence in the Horn of Africa country in 2015 and 2016, as protests broadened into demonstrations against political restrictions and perceived human rights abuses.<br /> The government in Addis Ababa is often criticised by rights groups for using security concerns as an excuse to stifle dissent and media freedoms. It denies the charges.</p> <p>Last month the United Nations human rights body called on Ethiopia to review the status of a “large number of people” still behind bars. The total number of people that remain imprisoned for taking part in the demonstrations is unknown.</p> <p>The body said the government should review anti-terror legislation and laws “to ensure that they are neither interpreted nor implemented too broadly, thereby resulting in people being arbitrarily or wrongfully detained”.</p> <p>Laws placing “undue restrictions” on non-governmental organisations and restricting the media should also be revised, the U.N. said.</p>

Mr. Gerba, the secretary general of the opposition Oromo Federalist Congress, has allegedly been in in poor health since his December 2015 detention..