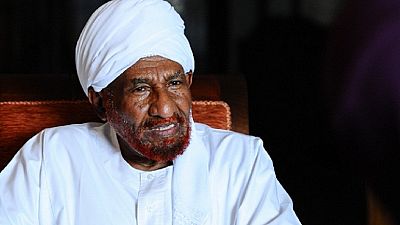 Sudanese security agents have arrested the deputy head of the country’s main opposition Umma Party after it held anti-government rallies to protest rising food prices, the party said on Friday.

Sporadic demonstrations have hit Khartoum and some other parts of Sudan since early January after prices of food, notably bread, more than doubled following a jump in the cost of flour.

We strongly condemn the arrest of our leader and other detainees.

Umma party is headed by former premier Sadiq al-Mahdi, whose civilian government was overthrown in the 1989 Islamist-backed coup that brought President Omar al-Bashir to power.

Nasir, a retired major general and former armed forces chief of staff, was the defence minister in Mahdi’s government.

“We strongly condemn the arrest of our leader and other detainees,” the party said in a statement.

“We demand that they be immediately released or put on trial.”

In a separate incident on Thursday, several opposition activists were also arrested as they held a meeting in a Khartoum suburb, an opposition statement said.

Opposition leaders Kamal Ismail and Mohamed al-Hafiz were among those arrested by NISS agents who raided the meeting, the statement said.

Umma Party and other opposition groups have regularly called for anti-government demonstrations after food prices shot up in January.

So far the demonstrations have been swiftly crushed by anti-riot policemen and plainclothes security agents. Police have fired tear gas to break up the protests.

European embassies in Sudan have urged Khartoum to release all detainees.

“The ambassadors…are very concerned by the prolonged detention without charge or trial of a large number of political leaders, human rights activists and other citizens,” a statement said Wednesday.

The EU states urged Khartoum to ensure that the detainees “are not mistreated”.

Among those still held is Mokhtar al-Khatib, chief of Sudan Communist Party.

The authorities cracked down on those protests to prevent a repeat of the deadly unrest that followed an earlier round of subsidy cuts in 2013.