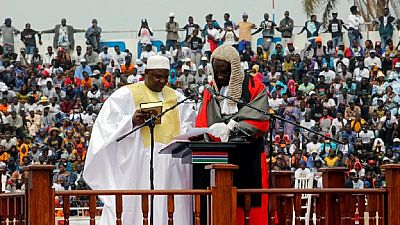 <p>Gambian president Adama Barrow has appointed a former newspaper head and respected academician to lead the country’s Truth and Reconciliation Commission.</p> <p>The president in consultation with the Minister of Justice and the Public Services Commission, last Thursday appointed Dr. Baba Galleh Jallow as the Executive Secretary of the commission meant to abuses by the erstwhile Yahya Jammeh administration.</p> <p>The Jammeh regime has largely been accused of rights abuses, torture and disappearance of persons in detention. The commission is also meant to offer reparations to victims of the Jammeh era.</p> <p>The Barrow government announced the formation of the commission in March 2017. “A Truth and Reconciliation Commission with appropriate reparations for victims will be set up within the next six months and public hearings will be expected to commence by the end of the year,” Justice Minister Abubacarr Tambadou said at the time.</p> <p>A similar commission has been looking into finances of Jammeh and his allies. It has uncovered several cases of financial impropriety against the former leader currently on exile in Equatorial Guinea.</p> <p>Jammeh lost an election in December 2017 to incumbent Adama Barrow but refused to accept the result. He only stepped down after pressure from regional leaders who sent troops to force him to leave.</p> <p>Since his departure Barrow’s government has taken steps to restore the rule of law and strengthen the judiciary.</p> <h3> A brief profile of Dr Baba Galleh </h3> <p>Dr Baba Galleh holds a Ph. D degree in African History from the University of California at Davis, a Master’s degree in Liberal Studies from Rutgers University and a Bachelor of Arts degree in History and Political Science from the University of Sierra Leone.</p> <p>Prior to his appointment Dr Baba Galleh Jallow served as Assistant Professor, Department of History at La Salle University in the United States of America.</p> <p>Many Gambians would remember him as an Editor in Chief of ‘The Observer’ newspaper and a co-founder of the ‘Independent’ newspaper.</p>