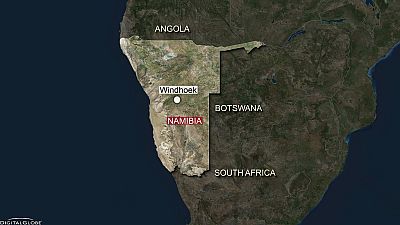 A 10-year old schoolboy has become the first person diagnosed with cholera in Namibia in four years, the health ministry said on Wednesday, raising fears of an outbreak similar to one that killed dozens last month in neighbouring Zambia.

Two other boys who attend the same school as the child who contracted the disease and shared food with him were also suffering from vomiting and diarrhoea, the Ministry of Health and Social Services said in a statement.

“As one confirmed cholera case constitutes an outbreak, there is need to put response measures in place,” says the health ministry.

As one confirmed cholera case constitutes an outbreak, there is need to put response measures in place

The school is in Katutura, an the impoverished suburb of the capital Windhoek.

The ministry said further investigation is ongoing and health workers have been alerted to be on the lookout for cholera cases, while the families of the affected children have been given health education.

The case comes three weeks after the Namibian government provisionally banned the import of all perishable food and water from Zambia, which was at that time struggling under the weight of a cholera outbreak that claimed 78 lives, with over 2,000 cases recorded.

Zambia says it now has the situation under control.

Cases of cholera have also been reported in other Southern African nations including Zimbabwe, Malawi and Tanzania.

Cholera is transmitted through eating or drinking contaminated food or water. It causes severe watery diarrhoea, which can lead to dehydration and even death if untreated.