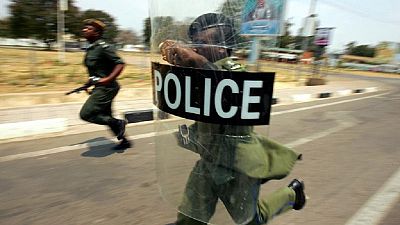 Police in Zambia are soliciting for public help to find two women alleged to have engaged in same-sex relationship contrary to the country’s penal code.

According to local media portal, Mwebantu, officers from the cyber crime unit on Tuesday instituted investigations after pictures circulating on social media showed the two “wanted persons” said to be in an intimate relationship.

It is not known where the said video or photos were taken but photos showed the two in a place that looked like a pub. Police Spokesperson Esther Katongo, however, affirmed that it was an offence in Zambia for people to engage in same-sex practices.

The relevant law is found in Section 158 subsection 1 and 2 of the Penal Code of the Zambia laws. It specifically addresses “indecent practices between persons of same-sex.”

If any person was convicted under the law, they were liable to imprisonment for a term of not less than seven years and a maximum sentence of fourteen years.

“Further, section 155 (a) of the Penal Code under Unnatural Offences, criminalizes canal knowledge against the order of nature and anyone found guilty is liable to imprisonment for a term not less than fifteen years while the maximum sentence is life imprisonment,” she said.

Zambia like most African countries have laws that criminalize same-sex unions despite the push by rights groups for such laws to be looked at.

Tanzania, Zimbabwe, Uganda and other countries also has very strong legal stance against homosexuality and lesbianism. South Africa is one of the rare exceptions where such relationships are protected by law.