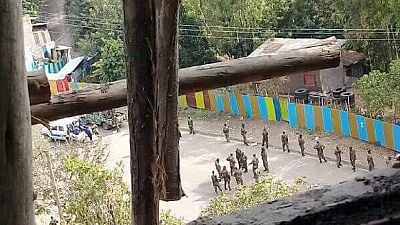 Local media portals are reporting violent protests in Ethiopia’s northern Amhara region. The protest in the town of Kobo is against an earlier deadly crackdown that killed seven people in the town of Woldiya last Sunday.

The Addis Standard and Addis Gazetta portals report that the clashes started on Wednesday leading to the burning of government offices and other public properties.

The heavy military presence in the region and the sound of gunshots suggest that live bullets are being discharged. There are no official casualties reported from the incident even though journalists said three people have been killed.

The earlier protest which resulted in the Kobo round of protests was in Woldiya during the Epiphany celebrations, according to the United Nations human rights office, the military fired live bullets to prevent young people from chanting anti-government slogans.

Seven people are said to have died whiles dozens got injured in the ensuing clashes. Kobo is located about 50 km from Woldiya.

This pictures were posted on addisgazetta and reportedly show the aftermath of the protests in #Kobo, denouncing the #Weldiya killing . Also, according to journalist Belay_Ma, “government offices were burnt”, “shops [are] closed” and “gunfire [can[ still be heard in the town.” pic.twitter.com/2uQoVW2WB0

Amhara along with Oromia region were the main centers of anti-government protest that shook the country in 2015 and through the better part of 2016. 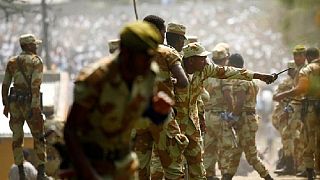 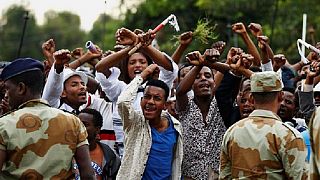