Tanzania police arrests 'prophet' who preaches with beer in hand 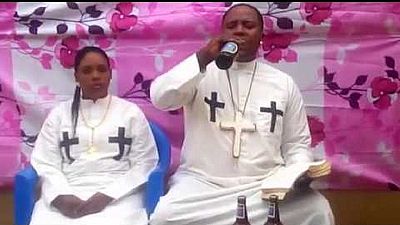 Police in the Tanzanian capital Dadoma on Tuesday arrested a preacher who reportedly roams the streets preaching with a bottle of beer, The Citizen news portal reports.

The regional police chief said that a statement will be issued on the arrest of Nabii Tito (Swahili for Prophet Tito) after interrogation. His real name the Citizen added was identified as Onesmo Machibya.

Photos shared on Twitter by the portal showed the police interrogating Nabii Tito. He is wearing a white robe with the cross on either side of the chest and a chain bearing the cross.

The situation in Tanzania is quite different from other parts of the continent, typical examples of the Republic of Congo and South Africa, where there are churches whose operations are hinged on the consumption of alcohol.

In April last year, Africanews carried the story of the Pointe Noire-based Louzolo Amour church that preaches that drinking beer can cast out demons.

When I thought I had seen it all in Congo Brazaville… Louzolo Amour church members drink beer to ‘cast DEMONS’ ??? more on africanews pic.twitter.com/BOpGVkGG1B

The church was founded by Guy Emile Loufoua Cetikouabo, who proclaimed himself God, and claims to be invisible by his followers. He is represented on earth by the current leader of the church called Charles Mikoungui Loundou.

Over in South Africa, there is a church that operates in beer palours, the Gobala Church has beer at the center of its activities and actually baptizes congregants with beer.

The leader of the 500-denomination church based in the city of Johannesburg says they aim to attract drunkards and other people who will not be welcomed in other churches. 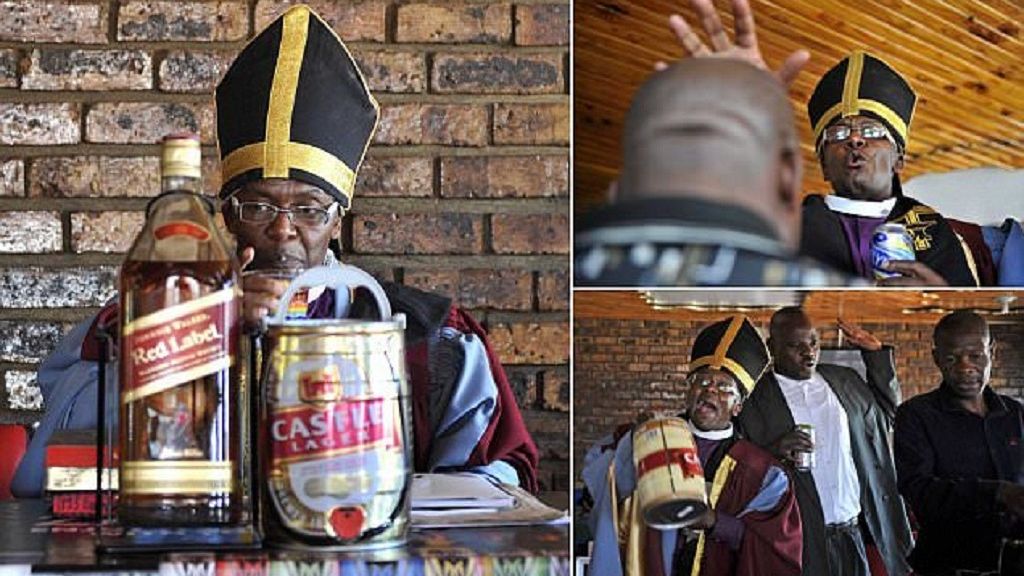 Main photo from The Citizen Tanzania