Ghana to keep ex-Gitmo detainees as 2016 deal with U.S. expires 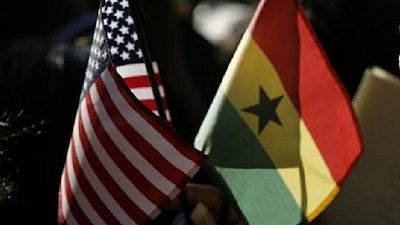 <p>Ghana will have to work at integrating two Yemeni nationals it received from the United States government in 2016, a Minister has told lawmakers.</p> <p>Minister of Foreign Affairs, Shirley Ayorkor Botchwey, told parliament that under the deal that brought to two ex-Guantanamo Bay detainees into the country, Ghana government was responsible for their reintegration.</p> <p>The parliament had summoned her to give the way forward on the status of the two after the expiration of the two-year duration agreed in the said deal. She disclosed that the duo were granted refugee status by the last government as part of the deal.</p> <p>The two men, Mahmud Umar Muhammad Bin Atef and Khalid Muhammad Salih Al-Dhuby, arrived in Ghana in January 2016 to a huge outcry by a section of civil society. </p> <p>Many Ghanaians said the detainees posed a threat to national security, but both governments at the time denied the claims. The country’s apex court in mid-2017 ruled that the then president John Dramani Mahama erred in accepting the two.</p> <p>The court said the government had to seek legislative clearance before entering an agreement of the sort. They subsequently ruled the move as unconstitutional. The Justices gave parliament three months to ratify the deal or that the detainees be deported.</p> <p>The issue reached the courts after two private citizens sued the Attorney General and Minister of Justice together with the Minister of Interior for the then government’s decision to admit the two former terror suspects without recourse to the law.</p> <p>The then-government had previously explained to the court that the content of the agreement entered into by the two governments was a diplomatic communication that was unsigned and written in the third person.</p> <p>The court, however, disagreed and subsequently ordered that copies of the agreement be made available to lawyers for the plaintiffs.</p>