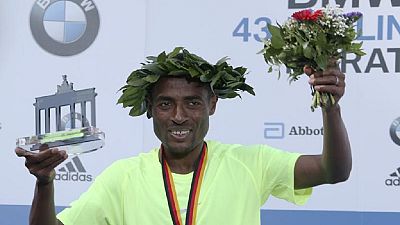 Ethiopia’s triple Olympic track champion Kenenisa Bekele will race the London Marathon in April and line up alongside Briton Mo Farah and Kenya’s Eliud Kipchoge for what promises to be a mouth-watering contest.

Bekele, 35, regarded by many as the greatest distance runner of all time and holder of the 5,000m and 10,000m world records, finished second in London last year and was third in 2016.

A pre-race favourite last year, Bekele had hoped to break Dennis Kimetto’s men’s world record of 2:02.57 but had trouble with blisters on his feet and crossed the finish line behind Kenya’s Daniel Wanjiru.

“I am thrilled to be returning to London for the third year in a row and would love to go one better than last year and win the race,” Bekele said in a statement.

“Once again London has brought the best distance runners in the world together so I know it will not be easy… I have been training very hard with the aim of arriving in London in April in the best possible condition.”

The trio of Bekele, Farah and Kipchoge have a combined total of eight Olympic gold medals and 12 world championship gold medals between them.

“This is a mouth-watering prospect,” said event director Hugh Brasher. “Sir Mo, Eliud and Kenenisa could all put forward a persuasive case for being the greatest of all time and now they meet for the first time over the marathon distance.”

The London Marathon will be held on April 22.