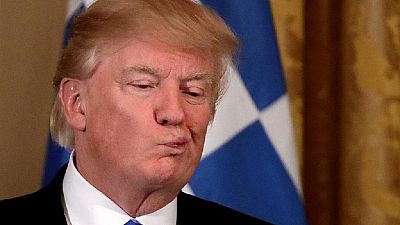 The African Union (A.U.) envoys in Washington issued a strongly worded statement demanding a retraction and apology whiles a number of African governments have also condemned and sought clarification from U.S. envoys in their countries.

For a mutually beneficial partnership to flourish, we have to relate on a respectful and dignified basis.

Ambassador MaryBeth Leonard assured the A.U. chief that the Washington deeply respected Africans and valued the shared relationships and partnerships between the two parties.

AMB Leonard had a great meeting today with AUC_MoussaFaki _AfricanUnion and on the occasion of #MLKDay discussed our deep respect for the people of #Africa, tolerance and our shared core values. The United States deeply values its enduring partnerships with Africa.

“I received US Amb MaryBeth Leonard and took the opportunity to reiterate the African Union’s outrage at the comments attributed to Donald Trump. For a mutually beneficial partnership to flourish, we have to relate on a respectful and dignified basis,” Mahamat said in a tweet accompanied by photos of their meeting.

He made the comments whiles meeting a bipartisan group of Senators at the White House on Thursday. He has tweeted today denying the use of the word.