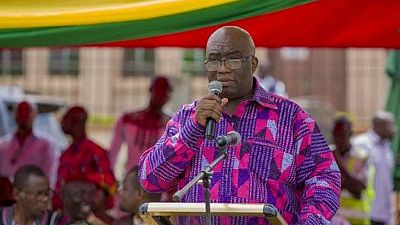 Minister Joe Ghartey described the action as a ‘wake up call’ stressing that his action was not going to be a one-off incident. “It was a wake-up call and I will monitor their response which I believe will be positive,” he told the Finder newspaper.

The 14 comprised nine permanent staff and five national service personnel. His action of Wednesday (January 10) reaped results as all 14 were said to have reported on time the following day.

According to him, despite the hardwork staff of his ministry put in since he was appointed last year, “I’m just asking them to work harder,” he added.

He said a worker who advanced the reason for her lateness as living on the outskirts of town had been given the option of applying for transfer to a satellite office.

There is a widely held notion that most civil servants in Ghana often report to work late, they do very little during their time and also leave post earlier than expected. Successive governments have put in place measures to curb issues of under-productivity.

Joe Ghartey, a lawyer and Member of Parliament is the first Railways Development Minister under President Akufo-Addo. He is part of the ‘elephant government’ which was sworn into office last year.

The ‘elephant’ reference is due to the fact that there are 110 ministers and deputies serving in the current government. It is the biggest figure under the 4th Republican constitution which started in 1992.