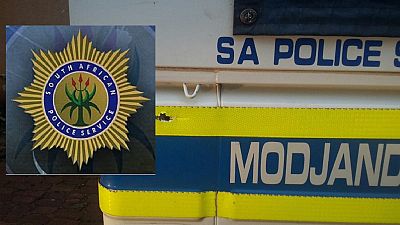 Police in South Africa are hunting for an alleged rapist who sustained an injury inflicted on him by the woman he raped.

A statement from the police service said operatives were “looking for a man apparently with a severely injured private part who is alleged to have raped a three month pregnant woman.”

The statement gave details as follows: “The incident took place yesterday, 08 January 2018, at a plantation on the Spionkop Road outside White River, when the woman was hitch-hiking with her five-year-old child headed to the clinic.

“A vehicle with two occupants, a white Toyota Tazz offered her a lift, however along the road she was pointed with a firearm, ordered not to scream and drove with her to the bushes.

“One of the men forcefully raped her at knifepoint in front of her child. Further information revealed that during the process, the woman managed to bite the private part of the man who ran away after the ordeal and currently not found.”

Almost three days on, the police have yet to disclose whether or not the suspect has been found. They had appealed especially to health institutions to help with information.

South Africa is one of Africa’s most crime prone countries. From murder cases to burglary and armed robbery, the country is also known to have a high crime rate despite its economic advancement.

Last year, there were a series of high profile burglaries, including a heist by ‘fake police’ at one of its biggest airports, the OR Tambo airport – when U.K. bound cash was stolen.

Offices of the police and that of a top judge was also burgled in what police minister, Fikile Mbalula, described as an ‘insider job.’ People have also been shot and killed with rampant cases of car jacking.