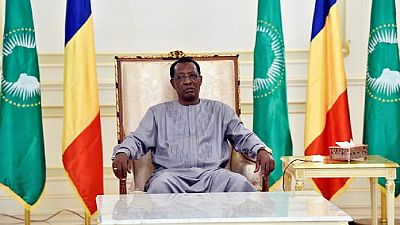 The Chadian government has decided to suspend a controversial cut in the salaries of civil servants announced in early January and which was at the centre of negotiations with trade unions, Prime Minister Albert Pahimi Padacké said on Wednesday.

Chad, which has been facing a severe economic and social crisis since 2014, mainly due to the fall in oil prices, announced at the beginning of January its intention to reduce its wage bill.

The announcement led to a outcry within the unions and political parties. Negotiations had been ongoing between the government and the unions.

The government has decided to postpone the wage cut

“The government has decided to postpone the wage cut,“the Prime Minister told the unions at a meeting in his offices.

“It is a very good thing that the government hears the voice of workers,“reacted Michel Barka, President of the Union of Trade Unions of Chad (UST).

“We ended 2017 with a payroll of more than 376 billion CFA francs (approximately 600 million euros), representing almost 100% of total customs and tax revenues. That is why the government has no choice but to explore new (tracks) to try to save money,” Finance and Budget Minister Abdoulaye Fadoul Sabre told AFP on Tuesday.

These austerity measures were designed to achieve the level of performance demanded by the International Monetary Fund (IMF), which, along with several promises of investment by private actors, adopted an aid plan for Chad.

“As part of our platform, we are going to start working and propose to the government ways of filling its 30 billion francs (approximately 45 million euros) gap”, added the trade union leader Barka.

Affected by the fall in crude oil prices in 2014, Chad, an oil-producing country, saw its revenues drop drastically and its debt increase. The government has since then multiplied austerity plans in a country where almost half the population lives below the poverty line.