Power restored in parts of Kenyan capital after major outage 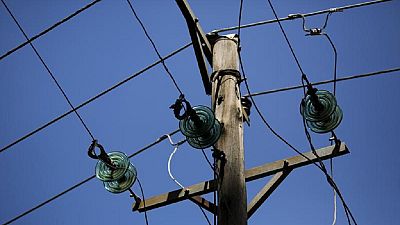 Electricity was restored in some parts of Kenya’s capital Nairobi and its central, western and coastal regions early on Wednesday after a major power blackout the previous day.

A transmission system problem had caused the widespread outages on Tuesday evening, Kenya Power said in an earlier statement.

The areas affected included parts of Nairobi, Mount Kenya, Nyanza, Western, Rift Valley and Coast regions, according to the company.

It said on Twitter overnight that power had been restored in parts of the capital, though on Twitter on Wednesday morning people still reported outages in some neighborhoods.

Power was also back on in parts of the Rift Valley and most of the Western and Coast regions, the company said Wednesday.

Update: The faulty sections have been isolated and efforts to restore supply in all regions are underway. Kenya Power management apologises for the inconvenience caused by the outage. https://t.co/R5lkyAzNPI

The company is the country’s sole electricity distributor and the bulk of its power comes from Kenya Electricity Generating Company (KenGen).

Kenya Power, which has 6.4 million customers connected to its grid, gets 60 percent of its revenues from industrial consumers in Nairobi and the neighbouring town of Thika.

While the frequency and severity of outages in Kenya has fallen over the years, many firms still run stand-by generators to cope with any interruptions.

Kenya has an installed electricity generating capacity of 2,341 MW, most of it from geothermal and hydroelectric power.