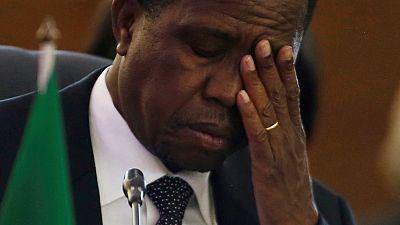 Zambia’s president is pushing to change parts of the country’s recent Constitution that he says violate electoral law and hinder the country’s progress to good governance.

Edgar Lungu told parliament when he officially opened the second session of the 12th National Assembly on Friday that the new Constitution, adopted last August, contains defects that are inimical to the rule of law and are partly behind the country’s political woes, Turkish media agency Anadolu reports.

“In the interest of national unity and peace, I direct that all defective clauses in the new Constitution should be resolved immediately,” he said.

Lungu that the Justice Ministry should use an ongoing review of the Constitution to amend not only sections that interfere with the existing law but also those sowing confusion in the administration of governance and the rule of law.

Any proposed constitutional changes would have to be approved by super-majority vote in parliament.

According to Lungu, addressing the Constitution’s flaws will help to resolve the problems that arose in the August 2016 election as a result of the Constitution not being in harmony with electoral law.

“After taking to President Lungu and opposition leader Hakainde Hichilema, I discovered that part of the political standoff between then came as a result of the conflicts that exist between the Constitution and electoral law.

My office will therefore send mediators to help the Zambia harmonize the provisions of the Constitution that violate the electoral law,” Scotland told journalists on Aug. 9.

“The move is welcome provided the amendm­ents will be made in the national interest and not for political expediency,” Mike Mulongoti, head of the opposition People’s Party, told Anadolu Agency.

But some expressed fear the changes if left unchecked could allow the government to alter the Constitution to its advantage.