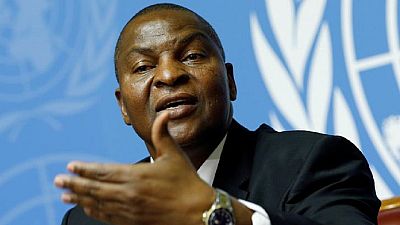 The United States, Britain and France have asked Russia to provide more information on its request to provide Central Africa Republic with light arms and ammunition.

Russia this week made a request to the United Nations Security Council to be given the green light to supply light arms and ammunition to the struggling armed forces of the Central African nation.

The request, if granted would be an exception to an arms embargo imposed on the nation in 2013 when it descended into violence and chaos.

We think it is a reasonable request and underscores the importance of coordinating the physical protection, control, safe storage, and management of transferred arms and ammunition

“Our only request was that the Russian delegation submit additional information on the serial numbers of the weapons …so that we can track weapons going into CAR,” said a US official.

“We think it is a reasonable request and underscores the importance of coordinating the physical protection, control, safe storage, and management of transferred arms and ammunition.”

Central African Republic’s President Faustin-Archange Touadera is reported to have asked Russian Foreign Minister Sergei Lavrov for the military assistance during talks at the Black Sea resort of Sochi in October.

Russia is proposing to supply the arms for two battalions totaling 1 300 men, who were recently trained by the European Union.

France has in the past blocked similar requests over concerns about storage of the weapons in the volatile country.

A first shipment is planned for Monday, with two others scheduled for February 1 and April 1.

The three-stage delivery would address French concerns that the weapons be stored under tight security to prevent them from falling into the hands of rebel groups.

Russian defence ministry officials travelled to CAR on November 25 to 27 to review the newly trained forces and discuss the military aid.

“Having assessed the situation in CAR, the Russian side agreed with the opinion of this country’s leadership on the necessity to increase the overall strength of the armed forces of the Central African Republic,” said the request from the Russian mission to the United Nations.

Among the weapons on the proposed list are 900 pistols, 5,200 assault rifles, 140 sniper rifles, 840 Kalashnikov machine guns, 270 RPGs and 20 anti-aircraft guns, the document said.

Russia would also provide millions of pieces of ammunition including armor-piercing cartridges, hand grenades and mortars, the document said.

“Storage and stockpile management of weapons of the first delivery will be organised at the already existing storage facilities under armed protection,” said the document.

Russia also offered to provide additional storage for weapons shipped to areas outside of the capital Bangui, where most of the clashes are taking place.

During his address to the United Nations in September, Touadera appealed for an easing of the arms embargo to allow his government to purchase military equipment for his national army.

The Central African Republic has been struggling to return to stability since the country exploded into bloodshed after the 2013 overthrow of longtime leader Francois Bozize by the mainly Muslim Seleka rebel alliance.

France intervened militarily to push out the Seleka alliance but the country remains plagued with violence pitting groups competing for control of resources and areas of influence.