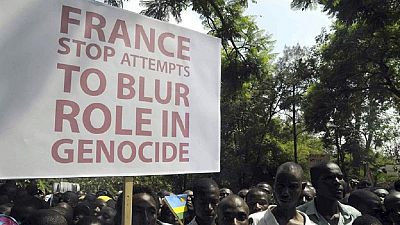 The issue of French complicity in events leading to the 1994 Rwandan genocide has come up again after a U.S. law firm released a report to that effect. The report was commissioned by the Rwandan government.

The Muse Report, concluded that senior French officials “were aware of and aided the actions and goals of both the Habyarimana government and the génocidaires who seized power after at the inception of the genocide against the Tutsi” and subsequently called for a full probe into their role.

The report compiled by Washington-based Cunningham Levy Muse LLP presented evidence suggesting that France armed the genocidal machinery by among others facilitating meetings of attackers in its embassy in Kigali.

Historical clarity is crucial and concerns us all. The Government of Rwanda commissioned the Muse Report to inform our ongoing investigation into the role of French officials before, during, and after the genocide.

French actors are also said to have provided safe communication channels for genocide masterminds and subsequently habouring fugitives. The further adds that accountability processes are also being tampered with by the French.

The Rwandan government according to a local media outlet confirmed that the report has been shared with the French government. Paris has yet to comment on the latest development in a matter that stoked diplomatic tension leading to the recall of Rwanda’s envoy to France.

Foreign Affairs chief, Louise Mushikiwabo said: “Historical clarity is crucial and concerns us all. The Government of Rwanda commissioned the Muse Report to inform our ongoing investigation into the role of French officials before, during, and after the genocide.”

In the spring of 1994, violence erupted in Rwanda after a plane carrying then President Juvenal Habyarimana was shot down.

Thousands of ethnic Tutsis, a minority group who became a target after the president’s death, sought refuge in the country’s Catholic and Protestant churches.