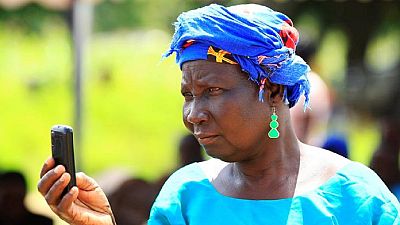 Telecoms operator Airtel has dismissed claims that it is planning to exit the African markets of Kenya, Rwanda and Tanzania, even as it affirmed that it is open to a merger or acquisition to rescue its non-profitable businesses in Africa.

Airtel Africa said in a statement that it was pursuing other options to turn the businesses profitable.

“We had stated that we are open to consolidation opportunities either through acquisitions or mergers, to create a viable business in these three (Kenya, Rwanda and Tanzania) markets. It was never said that we were looking at exiting these markets,” the statement said.

We had stated that we are open to consolidation opportunities either through acquisitions or mergers, to create a viable business in these three (Kenya, Rwanda and Tanzania) markets. It was never said that we were looking at exiting these markets

Airtel was making reference to a story by India’s Economic Times indicating the three African markets where the telecom firm is not performing positively, and needed to pursue an exit plan.

According to analysts, exiting these three markets would help the Asian telecom giant reduce leverage and boost margins in Africa.

In its statement, Airtel reaffirmed its mission to be either the first or second “operator in each country it operates “through market consolidation”.

The company said it had participated in consolidations in the past, including the acquisition of Yu in Kenya and Milicom in Ghana all of which “validates our stand that in-country consolidation have resulted in achieving better market positions”.

The Kenyan government through the Information, Communication and Technology secretary Joe Mucheru said they are yet to receive any official notification that Airtel was planning to quit Kenya
while efforts to reach representatives of the company in Rwanda and Tanzania were unsuccessful.

This is only the latest report indicating that the Indian firm is reviewing its Africa strategy, considering overhauls and exits of its businesses in East Africa. In January, the company’s chairman told Bloomberg that it was considering “stake sales” in some of its African operations.

Separately, analysts said if Airtel’s stated interest in buying 9mobile (formerly, Etisalat Nigeria) – the fourth largest mobile carrier in Nigeria – translates in a deal, it would become the largest telco by subscribers in a market that is Bharti’s largest in Africa and generates 30% of its revenues in the continent.