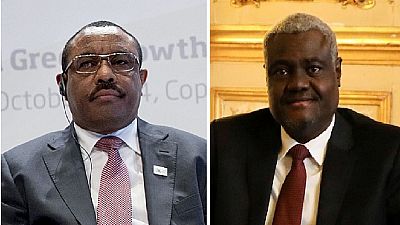 The Ethiopian government says its embassy will continue to be in the known Israeli capital, Tel Aviv despite United States president opting to recognise Jerusalem as the capital.

At a press conference late last week, Foreign Ministry spokesperson Meles Alem told reporters that Trump’s move applied to the U.S. alone. ‘We, as part of the African Union, endorse the two-state solution,’ he added.

Last Wednesday, December 6, 2017; Trump officially announced that the U.S. formally recognised the contested city of Jerusalem as Israel’s capital and that plans were afoot for their embassy be moved.

The Chairperson of the Commission reiterates the solidarity of the African Union with the Palestinian people and its support to their legitimate quest for an independent and sovereign State with East Jerusalem as its capital.

World leaders have since slammed the move calling it a setback for peace efforts between Israel and Palestine and a security risk to the larger Middle East region. The European Union, the United Nations and African Union have all expressed worry over Trump’s move.

Ethiopia is a known ally of both the United States and Israel. Their relation with the U.S. borders on anti-terrorism and diplomacy. The same is the situation with Israel in addition to cultural and traditional ties extending decades back.

What has the A.U. Chief said about U.S. position on Jerusalem

“The Chairperson of the African Union Commission, Moussa Faki Mahamat, notes with deep concern the decision of the United States Government, announced today, to recognize Jerusalem as the capital of the State of Israel.

“He regrets this decision, which will only increase tensions in the region and beyond and further complicate the search for a solution to the Israeli-Palestinian conflict.

“The Chairperson of the Commission reiterates the solidarity of the African Union with the Palestinian people and its support to their legitimate quest for an independent and sovereign State with East Jerusalem as its capital.

“In this context, he calls for renewed international efforts to find a just and lasting solution to the conflict, based on the existence of two States, Israel and Palestine, living side-by-side in peace and security, within the framework of relevant African Union and United Nations pronouncements.” 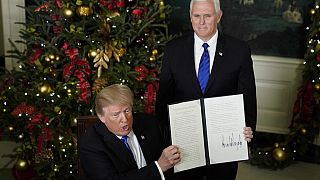 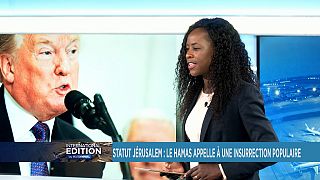 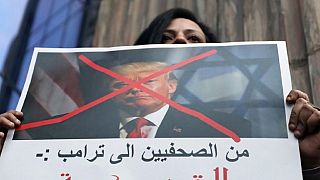