Aliko Dangote: Only African on Bloomberg's '2017 50 Most Influential People' 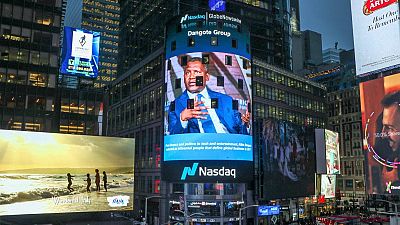 Nigerian business mogul and Africa’s richest man, Alhaji Aliko Dangote, was the only African to make the 50 Most Influential People in 2017, according to a list released by Bloomberg magazine.

The man described as President of the Dangote Group of companies has often made such lists due to his business concerns and humanitarian efforts back home in Nigeria.

The list pooled together people from five broad categories: business, tech, politics, entertainment and finance. In the area of business Bloomberg said of the personalities, “In business, like Africa’s richestman devoted to boosting food production in Nigeria and a designer who made Adidas the powerhouse that it is today.”

Dangote, who made his fortune in the cement industry, is turning his attention to dairy and sugar farming; he’s earmarked $800 million to buy 50,000 cattle in the hope of producing 500 million liters of milk annually by 2019.

A reviewer Paul Wallace wrote about the 60-year-old: “Dubbed “the quiet billionaire” for his relatively frugal lifestyle, Dangote fast-tracked plans to help his country of 180 million people import less of what it eats.

“Dangote, who made his fortune in the cement industry, is turning his attention to dairy and sugar farming; he’s earmarked $800 million to buy 50,000 cattle in the hope of producing 500 million liters of milk annually by 2019.

“He’s also racing to finish a 650,000-barrel-a-day oil refinery near Lagos, set to be one of the world’s biggest, and says he intends to spend as much as $50 billion in the next decade on renewable energy and petrochemical refineries, including investments in the U.S. and Europe. Which is all fine, but not quite his grand ambition: buying Arsenal, his favorite soccer team.”

A photo of Dangote was displayed last Wednesday on the Nasdaq Tower in New York following his selection on the Bloomberg list.

Other persons who made the list include Nikki Haley, the United States envoy to the United Nations, Jeff Bezos, CEO of Amazon; Paul Gaudio, Global Creative Director of Adidas and Michel Barnier, E.U. Chief Brexit negotiator. 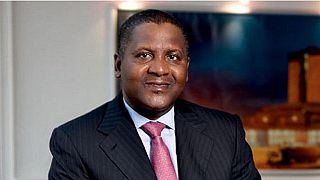 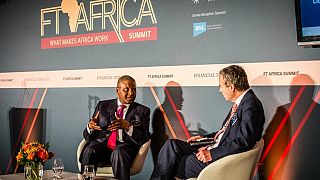 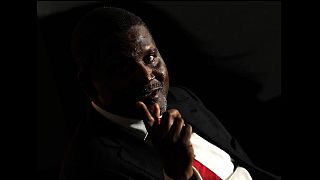