Prince Harry to marry US actress Meghan Markle next spring 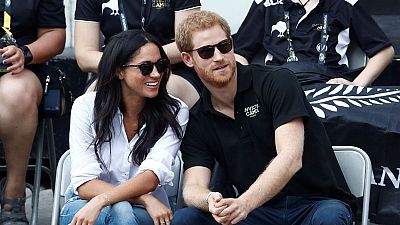 Britain’s Prince Harry is to marry his US actress and girlfriend Meghan Markle, with the ceremony due to take place in the spring of 2018, his father Prince Charles has announced.

Harry, 33, currently fifth-in-line to the British throne, and Markle, 36, best known for her role in the US TV legal drama ‘Suits’, became engaged earlier this month, the statement
issued by Clarence House said.

“Prince Harry has informed Her Majesty The Queen and other close members of his family. Prince Harry has also sought and received the blessing of Ms Markle’s parents,” the statement
said.

The Duke and Duchess of Cambridge said of the engagement:
‘We are very excited for Harry and Meghan. It has been wonderful getting to
know Meghan and to see how happy she and Harry are together.’

The couple met in July 2016 when they were introduced through friends.

The prince publicly confirmed their relationship months later in a rebuke to the media, which had been intruding into Markle’s private life. But it was not until September that they
made their first public appearance together at the Invictus Games in Toronto, a sports event for wounded veterans.

“We are incredibly happy for Meghan and Harry. Our daughter has always been a kind and loving person. To see her union with Harry, who shares the same qualities, is a source of great joy
for us as parents,” Markle’s parents Thomas Markle and Doria Ragland said in a statement. “We wish them a lifetime of happiness and are very excited for their future together.”