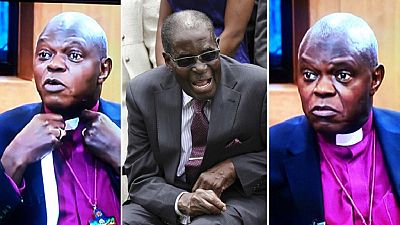 The current Archbishop of York, Ugandan John Sentamu, has kept a promise he made almost a decade ago, which promise was premised on the fall of Zimbabwean president Robert Gabriel Mugabe.

Sentamu, the second most powerful leader of the worldwide Anglican church restored his dog collar in an interview with the BBC. A dog collar is a stiff white collar with no opening in the front; a distinctive symbol of the clergy.

Incidentally he was speaking to the same host, Andrew Marr, on whose show in December 2007 he took the decision to abandon the dog collar. Marr had kept the shredded pieces of a decade ago and handed it to a bemused Sentamu.

I actually think the lesson for Zimbabwe is the same, they just can't try and stitch it up. Something more radical, something new needs to happen in terms of rule of law, allowing people to get jobs because 90% of people are out of work, so they can't just stitch it up.

In response he said: “Well, you have been a very faithful friend, you’ve kept them, that’s lovely. They are all here, do you know, Andrew; I could attempt to put this one back or I could try and put them all together using super glue.”

Told that a glued collar will be a pretty ropy one, he added: “I actually think the lesson for Zimbabwe is the same, they just can’t try and stitch it up. Something more radical, something new needs to happen in terms of rule of law, allowing people to get jobs because 90% of people are out of work, so they can’t just stitch it up.”

He went ahead to pull a new dog collar from his jacket and restored it stressing that: “Andrew I promised that when Mugabe goes I’d put my collar on, so I have no choice but to put it back on.”

Archbishop of York JohnSentamu puts dog collar back on for first time in a decade after the fall of Robert Mugabe in Zimbabwe #Marr pic.twitter.com/GnaS2b69ky

As a protest to the Mugabe regime 10 years ago, Sentamu shredded his collar in a live TV interview with BBC1’s Andrew Marr. At the time he took it off saying: “As an Anglican this is what I wear to identify myself, that I’m a clergyman.”

The U.K. Evening Standard adds that cut his collar into pieces saying: “Do you know what Mugabe has done? He has taken people’s identity and literally, if you don’t mind, cut it to pieces. So, as far as I am concerned, from now on I am not going to wear a dog collar until Mugabe is gone.”

His protest at the time followed Mugabe’s controversial presence at an European Union summit with African leaders held in Lisbon. 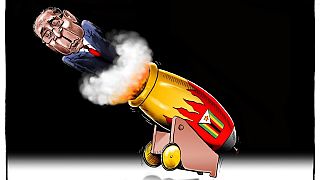 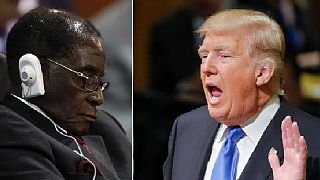 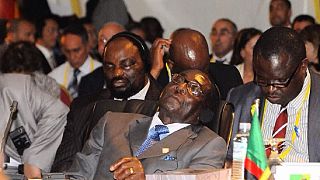