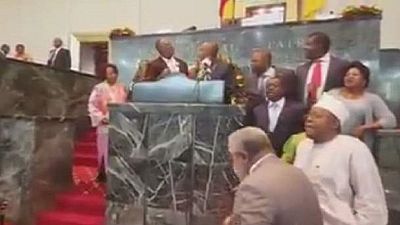 Lawmakers predominantly from Cameroon’s Anglophone region on Thursday disrupted parliamentary proceedings in protest over the crisis in their region.

Members of Parliament from the main opposition Social Democratic Front (SDF) party threatened that there will be no business in the house till the ‘Anglophone crisis’ was tabled for debate.

Amid chanting of slogans and singing, the protesting MPs asked how many more people were going to be killed by the Paul Biya-led government.

Breaking!
SDF MPs put up a spectacular show in parliament & disrupt deliberatxs.
They r chantx the famous “how many pple Paul B go kill..” pic.twitter.com/INIJKzBflL

The Northwest and Southwest regions of the central African country have been under curfew following deadly attacks on security operatives by members of a separatist group. Four Cameroonian security forces have so far been killed, the government confirmed.

Security forces last month stopped a planned demonstration in the port city of Douala organised by the SDF. The protest was said to be in solidarity with the embittered Anglophone regions.

People in the said regions have long decried marginalization by the majority French speaking part of the country. An attempted independence declaration under the Ambazonia Republic was met with armed force leading to deaths, mass arrests and injuries.

The government has described the secessionists as terrorists and also issued international arrest warrant in respect of 16 leaders of the secessionists. President Paul Biya has condemned the violence and called for dialogue but concrete efforts in that direction have yet to materialize. 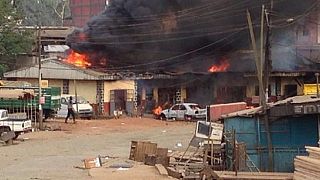 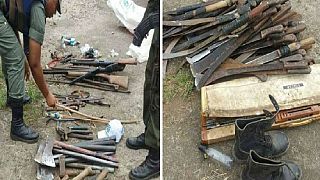 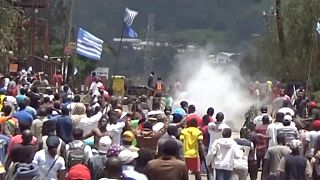