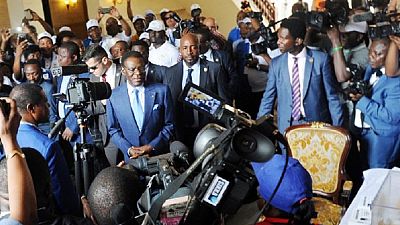 The Democratic Party of Equatorial Guinea (PDGE), which has been in power for nearly 40 years in the country, has once again won the legislative, senatorial and municipal elections of November 12 with nearly 100% of the vote.

The president of the National Electoral Commission, Clemente Engonga Nguema Onguene announced on Friday that the PDGE and its 14 allied parties get all 75 seats at the senatorial level.

At the Chamber of Deputies in Malabo, only a single member of the opposition of the Citizens ‘ Party for Innovation (CI) was elected, leaving 99 seats to the ruling party.

Some 300,000 Equatorial Guinean voters were called to the polls in the country where the multi-party system was introduced in 1991, but led by President Teodoro Obiang Nguema since 1979. He is now 74 years, one of Africa’s longest serving presidents.

The opposition denounced multiple “frauds” and “irregularities” on the day of the vote as Internet access was cut off and remained very restricted until the announcement of the results on Friday night.

Turnout at the polls was 84%, said the president of the electoral Commission who reiterated that “No protest of the results or claim has been recorded.