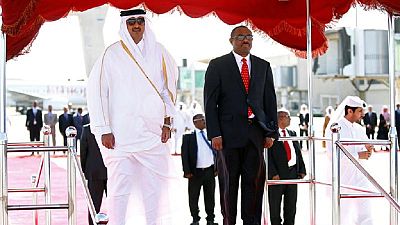 <p>Prime Minister of Ethiopia Hailemariam Desalegn is in Qatar for an official visit and is set to meet the Emir of the gulf state, media channels of both nations have confirmed.</p> <p>“The Emir Sheikh Tamim bin Hamad al-Thani will meet with Ethiopian  Prime Minister Hailemariam Desalegn at the Emiri Diwan tomorrow (i.e. today),” the gulfnews portal said.</p> <p>The two parties are expected to discuss bilateral relations in areas of cooperation. “The Emir and the Ethiopian prime minister will discuss means of enhancing bilateral relations as well as a number of issues of common interest,” the portal added.</p> <p>The visit of Desalegn comes only seven months after the Qatari Emir also visited Addis Ababa on similar grounds. </p> <p>Since then, the Gulf crisis and its implications nearly troubled the security of the Horn of Africa region. </p> <blockquote class="twitter-tweet" data-lang="en"><p lang="en" dir="ltr">Ethiopia worried that Gulf crisis could destabilize Horn of Africa region <a href="https://t.co/hRHjWmVOB2">https://t.co/hRHjWmVOB2</a></p>— africanews (@africanews) <a href="https://twitter.com/africanews/status/883386215701106688?ref_src=twsrc%5Etfw">July 7, 2017</a></blockquote> <script async src="https://platform.twitter.com/widgets.js" charset="utf-8"></script> <p>Qatar withdrew its troops from a disputed border region between Eritrea and Djibouti after the latter pledged support for Saudi and its allies in blacking Doha out.</p> <p>Ethiopia at the time said it was monitoring the situation and like Somalia opted to stay neutral on the matter. Eritrea also maintained all its ties with Doha. It is not known if the issue will come up during deliberations.</p> <blockquote class="twitter-tweet" data-lang="en"><p lang="en" dir="ltr">RT africanews Eritrea – Qatari ties remain intact amid Gulf crisis – Al Jazeera <a href="https://t.co/WRKNcUVPwV">https://t.co/WRKNcUVPwV</a></p>— #AfricaIsRising (@Africa_IsRising) <a href="https://twitter.com/Africa_IsRising/status/881838860262678528?ref_src=twsrc%5Etfw">July 3, 2017</a></blockquote> <script async src="https://platform.twitter.com/widgets.js" charset="utf-8"></script> 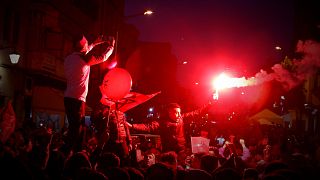