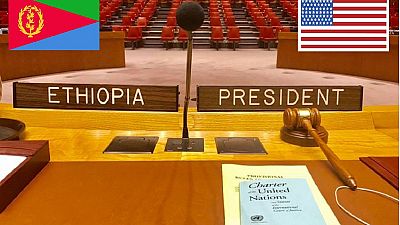 According to the one-time U.S Assistant Secretary of State Herman J. Cohen, the reason for which the 2009 sanctions were imposed has not been proven hence his call. The U.S. had held that Eritrea was funding al-Qaeda linked Somali insurgent group, Al-Shabaab.

In view of UN report clearing #Eritrea of all charges related to al-Shebab, US and #Ethiopia should jointly sponsor Security Council resolution to lift sanctions.

A recent report by a U.N. mandated team of experts on Somalia and Eritrea, however, said there was no conclusive evidence of Eritrea – Al-Shabaab relations. The 60-page document asked the U.N. Security Council (UNSC) to consider lifting the arms embargo on Eritrea.

“Given that the Monitoring Group has been unable to find conclusive evidence of Eritrean support for Al-Shabaab in Somalia for four consecutive mandates, the Group recommends that the Security Council consider disassociating the sanction regimes for Eritrea and Somalia,” they said.

The team disclosed that Eritrea had flatly refused to allow them entry into the country as part of their mandate. They added that despite allegations of Eritrean support for Al-Shabaab by a member state and corroboration by another, the allegations could not be substantiated.

The UNSC via Resolution 1907 (2009) imposed an arms embargo on the Horn of Africa nation 16 years after it attained independence from Ethiopia. Somalia on the otherhand is also suffering a similar sanction which is believed to have hampered their ability to effectively combat Al-Shabaab.

In August this year, Cohen had called for Ethiopia – in their capacity as head of the UNSC – to propose the lifting of sanctions on Eritrea. That did not happen before in September Eritrea’s Foreign Minister described the sanctions as ‘unjustified and useless’ in an address to UN General Assembly.