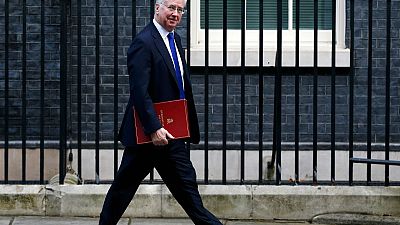 <p>British Defence Secretary Michael Fallon has resigned, admitting that his behaviour towards women had in the past fallen short of the standards expected by the UK military. </p> <p>“I realise that in the past I have fallen below the high standards we require of the Armed Forces that I have the honour to represent. I have reflected on my position and I am therefore resigning as defence secretary,” ge said. </p> <p>Fallon was accused of repeatedly touching a secretary’s leg in 2002 at a Conservative Party dinner. He is the first politician to quit amid allegations of sexual abuse in Parliament. </p> <p>Prime Minister Teresa May praised Fallon for setting the right example by resigning. May has moved swiftly after a weekend report that one of her ministers asked a female secretary to buy sex toys, the first allegation that triggered soul-searching in parliament over how junior workers are treated.</p> <p>Allegations of sexual abuse have ranged from a charge of rape by an activist in the main opposition Labour Party by a senior party member, to unconfirmed details of serial “sex pests” on a list reportedly drafted by aides and researchers in parliament.</p> <p>Damian Green, May’s deputy in the British government, has denied an allegation that he made an inappropriate sexual advance on a young woman. May, who has long championed the careers of female lawmakers, said earlier on Wednesday that action would be taken when there were allegations and evidence of sexual misconduct.</p> <p>“I am very clear that we will take action against those where there are allegations that we see, and the evidence is there, that there has been misconduct,” she told lawmakers..</p>