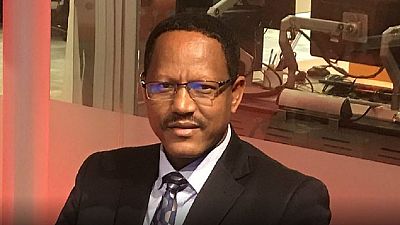 The anti-government protests that swept through parts of Ethiopia in late 2015 through the better part of 2016 were as a result of youth unemployment, Information Minister Negeri Lencho has said.

In an interview with the BBC, the former academician insisted that lack of jobs for the teeming youth that the universities produced year in and year out was the cause of the protests.

He first sought to separate the incidents of last year with the renewed tensions the country is experiencing. “Actually the demonstrations that we witnessed before a year or so and the current one are not one and the same because in the last maybe two decades, Ethiopia invested heavily on education and our youth – the majority now have ample opportunity to get (an) education.

… and thousands of them graduate every year from our universities, now we have about 40 universities now functioning. The government decided to respond to their needs for example by allocating a special budget for the youth employment.

“… and thousands of them graduate every year from our universities, now we have about 40 universities now functioning. The government decided to respond to their needs for example by allocating a special budget for the youth employment.”

According to him, the government was undertaking efforts to not just provide jobs but to also empower the young people when they come out of school. “Not simply employment but to start their own businesses, for example entrepreneurship, investing, manufacturing and whatever. The government is working …

“Thousands of the youth who took to the streets before a year are now engaged in production, engaged in manufacturing, engaged in agriculture. That means they are employed but we graduate thousands of students and they still need (jobs).

He expressly rejected talk of the protests being hinged on issues of marginalization and perception of discrimination by people belonging to particular regions.

“There is no basis for discrimination because all the regions are autonomous and the federal government is made up of contributions of the regions,’ he said.

The Oromia region – the country’s biggest – was at the center of spreading anti-government protests that started in late 2015 through to the better part of last year. To quell the spreading protests which hit the northern Amhara region, Addis Ababa imposed a state of emergency.

The six-month measure eventually run for ten months and was only lifted in August 2017. The Horn of Africa country – a key ally of the west and a regional economic powerhouse, has severally been charged to undertake political reforms and to respect the rights of political opponents.